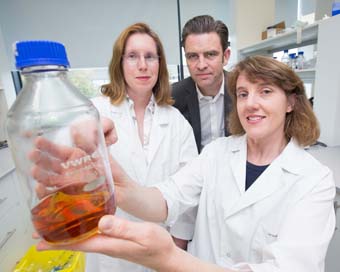 The Rubicon Centre, a business incubation hub, is recruiting for its second Exxcel programme for female entrepreneurs. The programme will commence this November under the guidance of new programme manager Liam Fitzgerald.

The programme, which is one of the first of its kind in Ireland, provides a platform for females with Science, Technology, Engineering and Maths (STEM) based business ideas to complete their pre-launch preparation by using the talent and resources of the Rubicon Centre.The Rubicon and Enterprise Ireland, in partnership, are targeting this sector to increase activity in female STEM entrepreneurship for the future.

Among the graduates from the first Exxcel programme which concluded earlier this year are Colette Martin, Slurrysafe and Miriam O’Connor WebKids who have both secured funding for their start-ups. Martin’s Slurrysafe is a railed in steel safety platform that prevents farmers from falling in to and drowning in open slurry pits while O’Connor’s Webkids offers online learning to children aged of 10 to 16 years that is skills-based and initially focused on the STEM sectors with the first course being an introduction to Web Development.

Other graduates who are successfully growing their businesses are Mags Noonan whose range of natural medicines aid those suffering from arthritis and Norma Dineen of BoRua Farm who with her husband produces a range of premium farmhouse cheese from their herd of Montbeliarde cows in East Cork.

Half Of Companies Banning...

KBC Bank Ireland has revealed the results of...