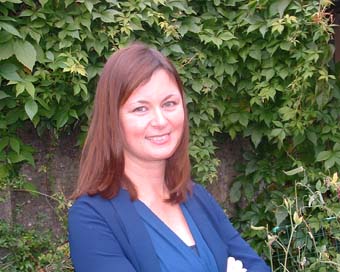 A few years ago, a book about a stressed-out working mum became an international best-seller and formed the basis of a successful Hollywood movie starring Sarah Jessica Parker.  Allison Pearson’s I Don’t Know How She Does It focuses on the whirlwind life of fund-manager, mum-of-two and time-famine victim Kate Reddy.

However, political advisor, business expert and mother-of-four Jo Spain could easily be Reddy but instead of featuring in a novel, this Dublin dynamo is writing them!  Like Reddy, Spain counts minutes like other women count calories – a policy advisor to Sinn Fein and vice-chair of InterTradeIreland, the cross-border business body, Spain recently published a Top 10 best-seller and is currently finishing  her second novel, all the while juggling the duties of a hands-on working mum of four lively kids aged from 10 years to 12 months.

The 35-year-old from Blanchardstown, who has been working in the Dáil since 2007, has a demanding five-day-a-week job as policy advisor to Sinn Féin T.D. Pearse Doherty. But after returning from work, she forgoes a relaxing bubble bath or a few quiet hours in front of the TV to spend every evening at her computer.  “I started writing the book in 2013,” she recalls. “I work all day and get home around 7pm – later if the Dáil is sitting. I feed the kids and give them their baths and then get them to bed.”

“I write from around 8.30pm to 10.30pm,” says Spain, whose youngest child, Dominic was born in September 2014.  “The past two years have been exhausting,” she admits.  Although husband Martin works part-time and helps keep the domestic show on the road – he lost his job in 2009 as an editor with a US publishing firm based in Ireland – there’s still a lot to do around the house,  says Spain.  “I’m still very much a hands-on working mother and when the Dáil is sitting, life can be very hard.”

Jo’s debut, With Our Blessing is a crime novel set in the Ireland of 2010. It was no more than a raw manuscript when she submitted it to the ‘Richard and Judy Search For a Best-Seller’ competition in 2013 – and no one was more surprised than Jo when, some months later she learned first that she’d made it through to the finals of the competition, and later that she was being offered a two-book deal by the publishing company Quercus.

“I had the story in my head… I knew it was good,” she says, adding that although she’d written on a professional basis all her life, she had long wanted to give creative writing a shot.  The story begins with the discovery of the body of an elderly nun in the Phoenix Park and the trail eventually leads to a Magdalene laundry and the forced adoption of a baby in the 1970s.

“This book was in my head since about 2012. I don’t know where it came from, but I always have plots in my head and this time I decided to do something about it. “I just thought I’d give it a go because when I was younger I wanted to be a writer,” she recalls.

Cue a crazy and often stressful 12 months, during which Jo didn’t watch TV, go shopping or socialise regularly.  “I literally gave up my life to write the book,” she recalls, adding that when she entered the manuscript in the competition at the end of 2013, she hadn’t as much as submitted it to an agent.  “It was literally just a word document on my computer!  The competition was for people who hadn’t been published and the idea was to find the next bestseller.”  After seeing an advertisement for the competition, she wasn’t sure whether to enter it or not: “I remember that I was working upstairs, and I shouted down to Martin whether he thought I should enter the book or not.  Martin said: ‘Whatever you think – is it free to enter?’”  So she did, and it went from there.

Shortly after submitting it, she read that the competition had received around 10,000 entries. “I decided there and then to put the whole thing out of my head,” she laughs but three months later, in March 2014,  Spain received an email informing her that  she’d been selected for a shortlist of seven finalists. “It was overwhelming. They gave me the summer to edit the manuscript. The judging was in September of that year.”

On October 1st, a few weeks after the birth of her fourth child, Dominic, Jo received another email.  The first line informed her that, unfortunately  Richard and Judy had picked a romance novel as the winner.  The second line explained that the publishers, Quercus – who were closely linked to the competition and who happened to publish a lot of crime fiction (“They did the Girl with the Dragon Tattoo series,” she recalls) – not only wanted to publish With Our Blessing but were offering her a two-book deal!

“I jumped at it,” Jo said.  “It was crazy, because the first line of the email said I hadn’t won the competition, and the second line said they were offering me a two-book deal!”  With Our Blessing was published in September 2015 and went straight into the Top 10.  Jo is currently hard at work finishing her second novel, which is scheduled for publication in September 2016.  It’s another crime story, although this time set in the world of politics.

“I’m still doing my full-time job and juggling my domestic duties and the writing which I do for a few hours every evening.”  There will be a third book – she plans to start writing it next January – she says, but for this one, she’s taking some time out.  “I will take a sabbatical from work to write it as it was really debilitating to try and do it with all of these other things going on at the same time!”

With Our Blessing is available from most major booksellers and on Amazon.

Pay it Forward was the theme of our recent...