Success – Your Definition Or Mine? 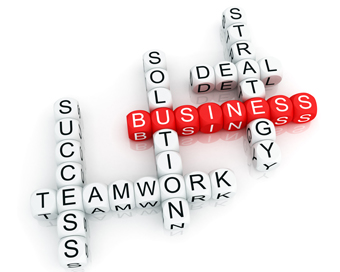 We all talk about success and the assumption is that most of us want to be successful. But how do we define success and what exactly does it like?

We often look to those who have achieved financial success as role models, or commercially successful businesses as examples of success.

The late Maya Angelou, successful author and poet (and much more), once wrote: “Success is liking yourself, liking what you do, and liking how you do it.” Compare this to how Winston Churchill viewed success: “Success is not final, failure is not fatal: it is the courage to continue that counts.” Both Angelou and Churchill were successful in their own right, and while their definitions of success were different, what unites them is that they each chose to define their own success. And the best part? They were both successful based on their definitions.

Surely that is the key to success – to start with our unique definitions of success which apply at an individual level, and then work towards achieving it. We each need to take the time to look inward and ask ourselves what success looks like for us – not for anyone else. When we come to a definition of personal success, we then need the passion, perseverance and resilience to achieve it.

The changing definition of success

How we define success is changing. For decades, financial success has been used as one of the key metrics to define and measure success, but this long-held definition is being challenged. Strayer University’s Success Project Survey, conducted by Ipsos, found that 90% of Americans believed that success is defined by happiness, more so than financial status (only 20%), power and fame.

INSEAD’s Emerging Markets Institute survey found that 40% of 16,637 millennials surveyed want to be managers or leaders. Most ranked spending time with family as their highest priority, alongside “to grow and learn new things”. The survey also highlighted differences in attitudes to some aspects of work-life balance and managerial aspirations across different regions. These results have significant implications for talent management which many organisations continue to grapple with.

Another study by CEB showed that, against the widely held view, millennials don’t in fact want to “organisation hop” but want breadth of experience. 71% of female millennials felt that job satisfaction and enjoyment are more important than status. What does this mean for many organisations that still promote fast track programmes and other progression acceleration initiatives? For most, they are no longer incentives for employees to stay put.

It is clear that the image of success is changing and the metrics we use to measure it are varied; this calls for each one of us to develop our own definition. At the most basic level, defining success is similar to setting yourself a goal. With so many choices, decisions to be made and career paths, it is easy to get distracted and let others’ definitions of success drown ours. Therefore, being clear in your mind about what a positive outcome would look like will provide a strong sense of direction. As Henry Ford said, “[the] whole secret of a successful life is to find out what is one’s destiny to do, and then do it.” The challenge of course is in the first step – defining success.

Step 1: start with your definition of success…

A good place to start in defining success is by acknowledging that there is no right or wrong definition and it can come in multiple forms. Do you fall in the group with 84% of Northwestern Mutual’s survey female respondents who said “being happy” is the key aspect of success for them? Or do you agree with the surprisingly small (14%) number of attendees at a London Business School event earlier this year who felt that work-life balance was a good benchmark of success? Understanding what matters to you will shape your view of success and most likely increase your chance of being successful. It might not make sense to others but at the end of the day, your success is yours.

For organisations, these changing priorities will impact how they try to address the female talent pipeline and representation at senior levels. Assumptions around what women see as necessary for a successful career, on which a number of initiatives have been developed, are being challenged. The Centre for Talent Innovation published a report last year which highlighted this: 75% of the women surveyed (aged 35-50) expressed a need to feel their careers enabled them to “reach for meaning and purpose”, compared to 52% who said it was important to earn well. According to the study, women want power although those who weren’t in positions of power felt that power would not necessarily help them attain their goals. This compared to reality; women in positions of power felt better able to flourish, excel, reach for meaning and purpose, and empower others and be empowered.

Once you decide what your success looks like (and no doubt this will change and mature with time), it is important to proactively aim to achieve success. As the late footballer and coach Vince Lombardi said, “The only place success comes before work is in the dictionary.”

In Malcolm Gladwell’s “Outliers: The Secret of Success”, he talks about the need to invest time and practice to achieve one’s goals. While the 10,000-hour rule has been challenged recently, the phrase “practice makes perfect” remains critical to anyone’s success. Luck does play a part, but to underestimate the resilience and perseverance of successful individuals, would be misleading.

All of this takes courage, focus and determination. Being half-hearted in your intentions and efforts to achieve your success will limit the likelihood of attaining success. There will inevitably be challenges, failures (better viewed as learning opportunities), and you will need to create your own path. Following the well-trodden paths others have taken will most likely lead you down the “wrong” route.

With success comes responsibility; sharing your war stories is just as important as the experiences themselves. We often talk about ‘giving back’ – the power of a story and its impact on someone else trying to figure out his or her definition success is invaluable.

So do you go it alone?

The simple answer is no. The journey of success must be seen as a marathon – not a race, and there will be ups and downs along the way. Having the encouragement of friends and family, the honesty and feedback of mentors, and the support of sponsors are not just nice to have – they are a pre-requisite for success. The US Senator, Mark Warner, summarised it well: “My success was due to good luck, hard work, and support and advice from friends and mentors. But most importantly, it depended on me to keep trying after I had failed.”

And the thing to remember, is to enjoy the highs and lows of the journey and to celebrate along the way. As Churchill said, success is not final.

Resilience is the difference between...

Half Of Companies Banning...