What You Need To Know About Heart Disease 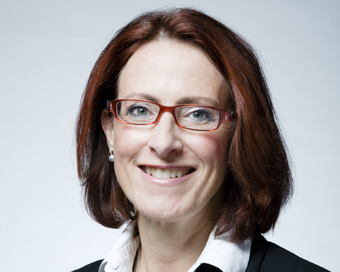 About one third of all women in Ireland will die of cardiovascular disease. Yet many women still view a heart attack as mainly being a man’s problem rather than being an issue for them too. And more women than men die from stroke.

“Most women think they are going to die of breast cancer when in fact they are six times more likely to die of cardiovascular disease.” One reason for this is women are protected by their hormones and present with heart problems a few years later than men but after the menopause a woman’s risk of heart disease catches up with that of a man’s. Furthermore in women, the symptoms of a heart attack can be quite vague. A woman may have nausea, tiredness, shortness of breath, back pain or tightness in the jaw rather than the more familiar scenario of a crushing pain in the chest that shoots down the arm.

“It can be very hard to diagnose and that’s why heart disease and heart attack is often missed in women.” One of our most important messages is to advise women, who are experiencing these symptoms, not to delay – call 999 for an ambulance, not your GP, and get to the emergency department. Irish research shows that one of the reasons many women die from heart attack is that they delay in getting to the emergency department.

Research also highlights that doctors too have a role in recognising that women may have heart problems. Factors such as smoking, being overweight or obese, having high blood pressure, high cholesterol, being inactive or having diabetes and a family history of cardiac problems increase the risk of heart attack and stroke, and in many cases women are even more vulnerable to these factors than men.

“For example, women metabolise nicotine a lot faster than men, so a cigarette will increase a woman’s risk a lot more than it will in a man. The same with diabetes – it increases a woman’s risk of having heart disease a lot more than it will for a man. Another risk factor that’s more important for women is family history of heart disease, which can be a stronger predictor in women than in men.”

After the menopause, factors such as being overweight, having high levels of bad cholesterol and high blood pressure become more pronounced. Obesity further increases the risk of developing diabetes. For women smoking at any age will put their heart more at risk, even in those who have yet to go through the menopause.

“Eighty per cent of women who have heart attacks under the age of 40 are smokers, and of the women who have heart attacks under 50 years old, 60 per cent are smokers.” More generally, we need to remember that cardiovascular disease does not appear overnight, and getting a baseline blood pressure and cholesterol check in your 20s or 30s, as well as not smoking and keeping to a healthy weight can help keep your risk factors in check in the longer term.

– In a recent survey in Ireland, only 13 per cent of people correctly identified heart disease as the main cause of death in women. Seventy-two per cent of women thought cancer was the biggest killer.

This article was originally published by the Irish Heart Foundation in their free ‘Women and Heart’ magazine. You can get a copy on www.irishheart.ie or call 1850 364364. September is Irish Heart Month and this year the IHF are focusing on women’s heart health issues.  Cardiovascular disease – mainly heart attack and stroke – is the biggest killer of women in Ireland, yet a recent Irish Heart Foundation survey showed that less than 1 in 5 Irish women knew this.

Even a busy job may not provide enough...