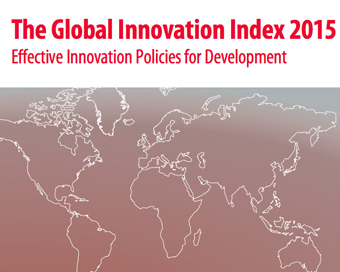 Last year Ireland was placed 11th in the Global Innovation Index (GII) but this year we climbed to 8th position.

The GII looks at “Effective Innovation Policies for Development” and shows new ways that emerging economy policymakers can boost innovation and spur growth by building on local strengths in traditional sectors and ensuring the development of a sound innovation environment.

Switzerland, the United Kingdom, Sweden, the Netherlands and the United States of America are the world’s five most innovative nations, according to the report, while China, Malaysia, Vietnam, India, Jordan, Kenya, and Uganda are among a group of countries outperforming their economic peers.

The top 10 remained the same except for Ireland, who pushed Hong Kong to 11th place. This Irish improvement is attributable to a much improved innovation efficiency ranking (from 47th to 12th), a consequence of strengthening its innovation outputs (from 11th place in 2014 to 7th place in 2015). Ireland ranks in the top 25 across all pillars, with its biggest progress in Infrastructure (14 places) and Creative outputs (7 places).

The analysis in this year’s edition identifies economies that outperform on an annual basis against countries with a similar level of development, both on the general innovation level as well as on the level of particular innovation inputs or outputs.

Hundreds of projects competed in the 2015...

The Dublin GAA team has just announced a new...