64% Of Small Businesses Are Creating Jobs 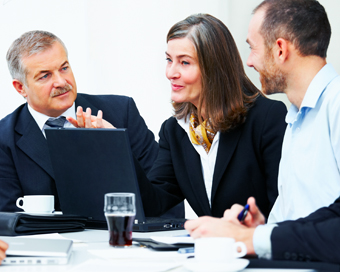 The Small Firms Association Jobs Survey 2015 has found that 64% of small businesses intend to take on additional staff over the coming year.

SFA Director, Patricia Callan, commented “The recovery continues to gather pace, with small businesses in all sectors and parts of the country planning to increase the number of people they employ.  The 200,000 small businesses in Ireland already employ 860,000 people, which is half the private sector workforce.  If they can continue to stabilise and grow, then we will make a significant dent in the unemployment rate in the next year”.

The main findings of the survey show that:

· The strongest drive for recruitment is in Leinster, with the weakest being in Munster, where just 25% of respondents stated they would be hiring over the next year

· In terms of the sectoral breakdown, companies in the construction and services sectors are most likely to recruit, followed by distribution, wholesale and retail. Manufacturing companies are least likely to hire at 38%.

· In terms of company size, those currently employing between 21-30 employees are most likely to recruit.

· In terms of investing in their business, staffing is now the top priority for small firms, including recruitment, training, reorganisation and delegation.

Callan stated “Whilst these results are very welcome, we cannot get complacent.  Any proposals that increase the cost of employment to small businesses cause those businesses to rethink their planned recruitment.  Recent announcements by Government relating to a potential increase in the National Minimum Wage by 50 cent, mandatory pension provision, living wage and an increasing loss in competitiveness, through government controlled charges, may jeopardise these plans.  In Budget 2016 and beyond, the Government must recognise that supporting and enabling small firms to create jobs, should become their No. 1 priority.”

The SFA’s Jobs Survey was conducted in August 2015, with 1039 companies responding from a sample of 3000 SFA member companies. www.sfa.ie

Mothercare Ireland is looking for people to...