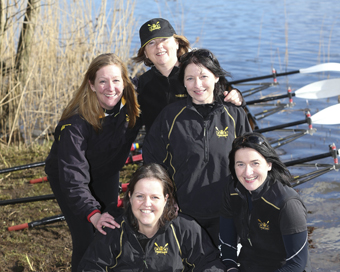 KBC Bank Ireland has announced the names of the winning community projects to receive funding this year through the bank’s ‘Bright Ideas’ community support initiative.

A total of 40 projects across Ireland have received funding from a pool of €100,000 donated by KBC as a way to support groups and individuals who are working to transform their communities, and who require funding to continue with the great work that they are doing.

Over 300 community groups and individuals applied to KBC’s Bright Ideas for funding this year.  Entries were reviewed by independent judging panels at a local level.  A total of 40 community projects were shortlisted for funding, with ten selected to go forward to the National Final.  Members of the public can now vote online at www.kbcbrightideas.com for their favourite initiative to become KBC’s Brightest Idea and receive an extra €5,000 funding.

This year’s 40 winning projects address a variety of social needs in local communities, and include a range of urban regeneration, learning and development, sports and play, care and wellbeing initiatives.  The ten community projects shortlisted for public vote include:

(Pictured: The Tribesmen Rowing Club members Robin Winkels, Mairead McCaffrey, Carol Nash, Martina McWalter and Therese Mongan. The project is not one of the ten finalists through to Public Vote this year, they did receive €1,600 funding as one of a number of Galway based projects this year.)

The Oireachtas Joint Committee on Jobs,...