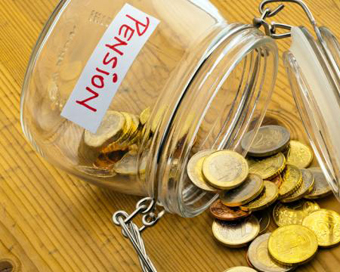 ESRI and Trinity College Dublin released a new study examining how well-informed people are about their future pension benefits.

The results of the study, by Alan Barrett (ESRI), Irene Mosca (TCD) and Brendan Whelan (ESRI), found two-thirds of people who are aged over 50 and who are members of pension schemes were unable to provide basic information on their future pension benefits.

As populations age, including Ireland’s, and the long-run sustainability of pension systems comes into question, governments are increasingly looking to individuals to provide for their own pensions.

However, pensions are complex and so the question arises as to whether or not people are well-placed to make good decisions about pension savings. In this study, the authors use data from TILDA (The Irish Longitudinal Study on Ageing) to see if people are well-informed about their pensions. TILDA is an on-going large-scale survey of people aged 50 and over living in Ireland and is conducted by Trinity College Dublin.

As part of the study, people who are still working are asked if they are members of pension schemes such as occupational schemes (public and private) or other private schemes. Those who respond that they are members are then asked if they know the form in which their pensions will be paid (for example, monthly, lump sum or both) and the amount. If they don’t know the details they can state this.

It might be expected that people in defined benefit (DB) schemes, where the amount is related to final salary, would be better informed than people in defined contribution (DC) schemes. While this is true, it is still that case that half of half of DB scheme members could not say what percentage of their salary would be paid on retirement. The corresponding figure for DC members is 70 percent.

Men are better informed than women – 53 percent of men did not know the amount they would be paid but this rises to 60 percent for women.

Better educated people are better informed and knowledge seems to increase for those closer to retirement age.

Such low levels of information on pensions are a source of concern. It should be noted that the results in this study refer to people aged over 50 who are enrolled in pension schemes. Hence, they are likely to be among the best-informed people in the population. If this study was replicated for other groups, the lack of knowledge would probably be greater.

At one level, the clear implication is a need to increase knowledge and understanding of pensions through public information campaigns. But if this fails, the question arises as to whether some form of mandatory contibutions may be required.

You can read the report in full here>>

KBC Bank Ireland has announced the names of...

The LINC Recruiting for New...

The LINC, the hub of innovation located at...