Your Permission: Why We Don’t Need It For Success 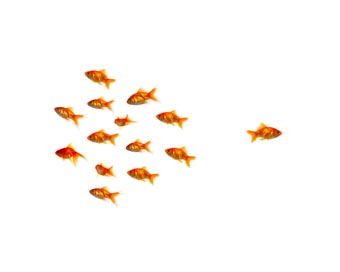 Have you found yourself asking why you decided not to go for that potentially career changing role? For the award that, if you were successful in being shortlisted or winning, could give you that external recognition which would benefit your career.

Or have you let a moment go by, after which you reprimand yourself for not voicing your ideas or concerns? You would have applied for the job, submitted the award nomination, and shared that great idea but you felt something was missing. It wasn’t just about having the “right” credentials; although we know that women are less likely to apply for jobs if they believe that they don’t have all the required qualifications (men will still apply if they meet 60% of the requirements).

However you do tick all the boxes – there’s something else missing. Permission. You find yourself holding off on the application or the submission, waiting for the words of approval from your manager, mentor or partner. But all you hear is silence or words of caution instead of the encouragement permission you’re seeking. What then?

A 2009 Huffington Post article refers to the University of Texas study which found that even at the age of one year, when told not to touch an object, the girls in the study sought their mother’s approvals 10-20 times more than boys. What happens when we replace the mothers in the study with colleagues, managers and mentors – taking this approval-seeking trait into the workplace?

We limit ourselves. We diminish our voices in meetings and perceived contributions, we withhold potentially innovative and game changing ideas, and we exclude ourselves from those career changing job opportunities. We effectively build our own career barriers. American actress Doris Roberts once said: “I think women are taught to ask permission about everything. We don’t realise that we are entitled and we do have a say in our lives.” Sometimes we don’t need permission from anyone else but ourselves in order to go after what we want – and sometimes what we need.

This may seem to contradict the widely-shared view that women don’t ask enough when it comes to their careers. Of course we still need to ask for promotions to avoid being passed over, and ask for higher salaries because ours aren’t always comparable to the salaries of our male peers. According to a study conducted by economics professor Linda Babcock, 57% of male Carnegie Mellon business school graduates negotiated their starting salaries compared to 7% female graduates. Being able to ask for such things during our careers is a key skill, however we must differentiate this from asking for permission.

Seeking permission from those who won’t necessarily understand your motivations or your longer term goals, can be less than beneficial to your career. At an event last year, Charlotte Beers, former Chairman and CEO at Ogilvy & Mather Worldwide, encouraged women not to wait for approval but “write your own approval sheet” in order to demonstrate their creative strengths and leadership skills.

At a time when the focus on collaboration in the workplace has increased, and taking into account the higher tendency for women to seek consensus, this message of self-approval is critical. Flynn, Heath and Holt comment in their HBR piece (Collaboration’s Hidden Tax on Women’s Careers) on the potentially negative impact that regularly asking for permission can have; it can be perceived as shirking responsibility, an unwillingness to make difficult decisions, and can slow down the pace at which you can act compared to peers who are more willing to act without approval of others. The authors write: “Leaders need to be willing to take the risks and make difficult decisions independently”.

Independent decision making requires approval only from you – the decision maker. From the day-to-day decisions, to the bigger decisions that could change our careers, we must give ourselves permission to avoid missing out on opportunities. The author and behavioural science academic, Dr. Steve Maraboli, summarised this message; “The only permission, the only validation, and the only opinion that matters in our quest for greatness is our own.”

While this applies to every individual, it is more important for women (as shown by the University of Texas study) and other minority groups. If a position has historically been held by someone who doesn’t “look like you”, waiting for someone to tell you that you are entitled to put yourself forward for that role may prove fruitless. Be confident in your abilities, decide if you want to go for it, ask for advice but don’t seek approval for (or be apologetic about) the career choices you make.

1. Confirm you want it – Whatever “it” is, be it a job or award or secondment, consider carefully whether you want it. You will need the conviction to see you through the more challenging parts of the process or the role, especially when there are few voices of approval or encouragement to egg you on.

2. Remove the “not for you” label – Despite what others might say about the role – “it’s not quite right for you”, “you’re not quite ready”, “we’ve never had a woman in that position” – remove those labels and know that you are just as entitled to go through the application process as everyone else.

3. Ask for advice, but not permission – Advice from colleagues, mentors, managers or sponsors can be beneficial but be clear in your mind that it is indeed advice that you are looking for. No decision should be made in isolation, and suggestions or feedback from those who have your interests at heart should not be ignored. If you ask for advice but in fact you’re hoping for approval, you may be sorely disappointed.

4. Learn to persuade – While lack of approval shouldn’t necessarily hold you back, some level of support is beneficial and can be developed by effectively persuading key stakeholders and influencers of your case. The art of persuasion and its importance throughout your careers should not be underestimated.

5. Failure doesn’t mean they were right – When we open ourselves to new opportunities, we also open ourselves to risk and the probability of failure is implicit in the definition of risk. What if you do go for it and you prove those doubtful voices right? Failure this time doesn’t mean that you won’t succeed the next time, and certainly doesn’t mean that approval was the missing ingredient. It is an opportunity to learn and it only means you’re more prepared for the next challenge. Dust yourself off and try again.

For some of us, seeking approval may be an odd concept – we go after our career dreams and ambitions regardless of the approval (or lack thereof) we might have. However others, due to cultural norms or inherent traits, will be more inclined to look to others to give permission to progress. Organisations have a role to play in creating cultures in which employees can develop innovative ideas and experience rewarding careers without necessarily seeking permission. In the words of the author Steven Johnson, “[When] you don’t have to ask for permission innovation thrives.” Surely that’s a plus for everyone.

Just for a moment think back to the best...

Resilience is the difference between...