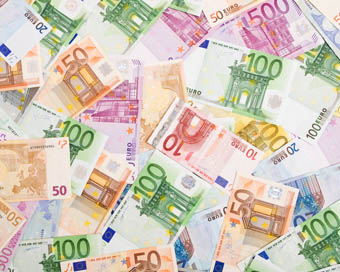 Between June 2014 and June 2015, Sharapova earned $29.7 million, which beats superstar Serena Williams’ $24.6 million to the top spot. Despite Williams being the more successful player, she only placed third in the earnings list.

Both tennis players make the majority of their money from lucrative endorsements by global names such as Nike, Wilson, PepsiCo, Samsung Electronics, Evian and Tag Heuer. Sharapova has also earned $3 million to date from her sweet line, Sugarpova, since its 2012 launch. She recently signed a deal with Avon for $1 million annually.

However, Williams has earned twice as much career prize money ($69.7 million) than Sharapova, which makes sense as she has 67 career titles compared to Sharapova’s 35.

According to Forbes journalist Kurt Badenhausen, “Tennis stars dominate the [top ten] list with seven players because it is the one significant money-generating sport where men and women have attained near equality when it comes to prize money and sponsorship opportunities.”

The LINC Recruiting for New...

The LINC, the hub of innovation located at...

Dell called on the public to lend its...