Ellvena Graham Appointed To ESB Board 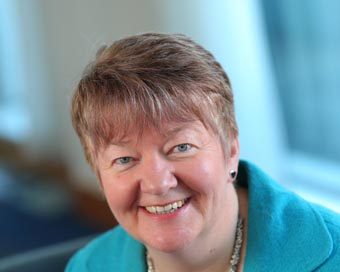 Ellvena Graham has been appointed Chairman of ESB’s Board of Management.

Ellvena has over 30 years’ experience in banking, most recently at Executive Management level within Ulster Bank, where she was Head of Ulster Bank in Northern Ireland and Managing Director of SME Banking across the island of Ireland.

Prior to that, Ellvena held the position of Chief Operating Officer for Ulster Bank Group. Last year, she was shortlisted for the WMB Businesswoman Award 2014 based on her work at Ulster Bank.

Ellvena is also a Fellow of the Institute of Bankers.

Heineken have announced the appointment of...

Healthcare company, MSD, has announced the...