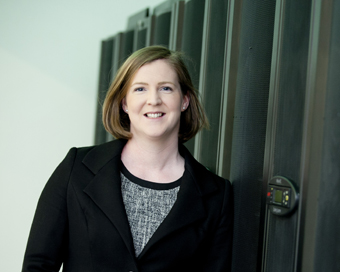 Dell called on the public to lend its support to #EntrepreneursUNite, a worldwide petition aimed at encouraging the UN General Assembly to adopt the proposed Goal 8 when it votes to agree the Sustainable Development Goals on September 15th.

Goal 8 supports both the job creators and jobless by promoting sustained, inclusive economic growth, full and productive employment and decent work for all – conditions Dell believes are prerequisites to achieving the other 16 goals under consideration by the UN.

If passed, Goal 8 will serve as a road map for every country to enhance entrepreneurship through laws, regulations, market access and more.

#EntrepreneursUNite is a global movement led by Dell’s CEO Michael Dell. It’s a worldwide petition to rally support from the public, entrepreneurs and private sector leaders, as well as Dell customers, partners and team members for United Nations Sustainable Development Goal 8. The petition can be signed at entrepreneursunite.com.

Dell strongly believes that entrepreneurs, and the jobs they are creating, are the engines driving the global economy. Globally they are responsible for 70-90% of net new jobs, while they continue to fuel innovative solutions to drive human progress on our planet.

Speaking about the campaign Niamh Townsend (pictured), General Manager, Dell Ireland said: “Dell has a strong history in entrepreneurship. Our founder and CEO Michael Dell started Dell in his dorm room and since then we have remained passionate about supporting entrepreneurs in all of the communities in which we operate. Globally we run the Dell for Entrepreneurs community which is a virtual network which provides support for entrepreneurs and connects them with their peers globally.”

“Today I’m asking people who support entrepreneurs, innovation and economic growth to take two minutes to sign the petition and spread the word so we can ensure Goal 8 is passed by the UN this September.”

To support this cause all you have to do is:

Maria Sharapova, the tennis player, is the...

Applications are being sought for a new...