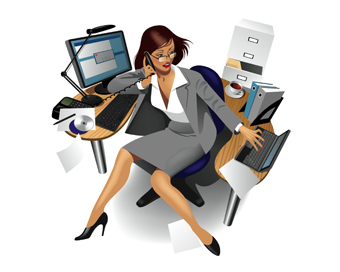 The Oireachtas Joint Committee on Jobs, Enterprise and Innovation published a report called Key issues for female entrepreneurs in Ireland and for their participation in the technology sector.

Some of the findings, which may or may not surprise WMB readers, included:

– The culture of business remains predominantly male dominated and still influences the way women think of themselves as entrepreneurs. However, as more women come through the Enterprise Ireland High Potential Start-Up programme, there is an emerging cohort of dynamic women leaders of growth companies in a wide range of sectors. In the words of the submission from the Dublin Commissioner for Startups, Ms. Niamh Bushnell: “These are some of the hottest start-ups in the country today, all run by women and all breaking into international markets while they break down barriers at home.”

– A number of submissions highlighted, as deterrents to all enterprise start-ups, whether male or female led, the way the tax system treats the self-employed and the small start-up. It acts as a further additional barrier to potential women entrepreneurs who have a greater fear of failure than men.

– In the wider context of social welfare supports and the self-employed, the Committee is of the view that the current discrepancy between the qualifying conditions for Maternity Benefit for employees and those for female entrepreneurs is acting as an impediment to setting up new businesses and creating jobs. The female entrepreneur must have 52 weeks contributions in a relevant tax year compared with 39 weeks for an employee (33% more) and must give 12 weeks notice of their intention to commence maternity leave compared with 6 weeks for an employee (100% more notice).

– Access to finance remains a difficult and daunting prospect for women entrepreneurs. Part of it derives from the traditional stereotyping of women in careers other than leaders of enterprise. Part of it is that women are more comfortable in such situations in dealing with other women. The indications are that women understand the economic potential and business value of other womens’ ideas. The most striking result of recent initiatives to encourage women, is that women respond strongly to financial incentives and programmes specifically organised for, and directed to them. It gives them more confidence in approaching the offering. The huge response to the Competitive Start Fund for female entrepreneurs provided eloquent testimony of this phenomenon.

Trinity College Dublin and the University of...

KBC Bank Ireland has announced the names of...