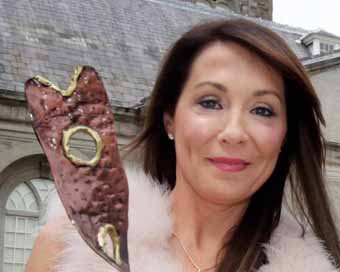 Reluctant scientist Linda Nolan puts her years studying biology down to the persuasion of the nuns in Presentation College Kilkenny; she wanted to pursue business, but was told the career options were better in science.

The combination has proven to be a winning one, with the success of her company MyBio recently recognised as Overall Winner at the 18th Annual National Enterprise Awards.

That degree in biological sciences from the University of Glamorgan and a PhD from Waterford IT turned out to provide the perfect background for a very specific business.

Nolan worked in a lab for two years after qualifying, and identified that it just wasn’t for her, opting to move to the business end.  “Between 2000 and 2002, I worked for a sales and distribution company and then moved to the Life Sciences industry in a sales role away from the bench.” Realising that it was an area of business that she thrived in, three years later she set up as a sole trader and as the sole Irish agent of Bioline products. “I wanted to be an application specialist, to go out confidently and assist people in finding the right equipment for their projects. I grew the business from there and approached other suppliers.”

Asked to explain to the lay person what she’s selling, Nolan describes it as “tiny little tubes in cardboard boxes! We sell reagents, liquids used to manipulate DNA or RNA and various life materials, plant and animal tissues, for example they could be used for cellular analysis to see how a drug works, or for kits to show whether cells are viable, that kind of thing.”

Global brand Promega was another early partnership and a business that she fought very hard to win from the incumbent. Linda changed the format by which Promega had been represented and distributed in Ireland up to that point. It gave clients more confidence in her ability to sell them what they needed. Within the first year, sales grew by 69%.

“We don’t just take on a product range, we take on application specialists. It’s the same as the company being on the ground themselves. We have a partnership with the supplier, they know who our customers are, and we have a personal relationship and local knowledge,” she explains.

Although MyBio is a small company, the partnership with Promega means access to state of the art warehousing and next day delivery, something that no other small distributor can provide. Her clients include universities, research bodies and pharmaceutical companies and there is a huge difference in dealing with different sectors.

Nolan’s a firm believer in learning business by trying. “I started small and learned the business, I really learned it the hard way!”

By 2009 the business consisted of Linda and a part-time administrator working from her spare room. That single staff member was a godsend, she says; she also helped around the house and with Linda’s new baby, and is still working at the company.

The business was flourishing, and it was time to incorporate MyBio. “I was lucky the baby was quiet, the second one wasn’t! I had the baby in August and our first day trading was the first of October. We were kept going!” She didn’t take maternity leave and worked right through. “I worked while the baby slept and my husband did the night feeds, he could see that the business was taking off and he really facilitated it. We had a good system going after about three months!”

As the company took off, Nolan made the part-time administrator full-time. Using personal finance, she purchased a car for a sales rep. “We have four staff now and are actively looking for more,” she explains.

Finding a scientist who can sell is difficult, she says, but that’s the unique selling point of MyBio and is worth the struggle. “I can really identify now someone who is a good fit, their character, work ethic, and whether they can commit, because there are huge rewards if they do commit,” she explains.

“There’s a lot happening in the company at the moment; in the next 12 to 18 months we will double our staff.” Finance has so far not been an issue for MyBio – “it’s a very profitable company” – and while some expansion routes may require accessing finance, it’s clear Nolan does not anticipate problems in this area.

They’ve won a shedload of glittering...