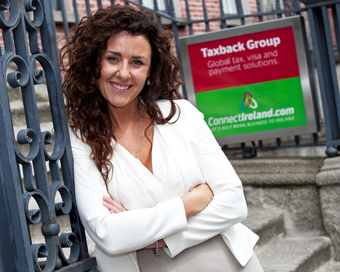 ConnectIreland announced the appointment of Joanna Murphy as its new CEO this week.

ConnectIreland is an incentivised referral programme appointed by IDA Ireland to deliver the Government’s Succeed in Ireland Initiative.

Joanna has been a member of ConnectIreland’s leadership team since 2013, holding the position of Chief Operating Officer, and she will now take over from Michael McLoughlin.

She was initially appointed as project manager when she joined ConnectIreland, before rising to the role of COO. Joanna has been responsible for ConnectIreland’s brand development and has created and developed strong partnerships with leading global organisations such as Dublin Airport Authority, Aer Lingus and GAA.

Joanna has a wealth of entrepreneurial experience and prior to joining ConnectIreland founded, ran and sold two companies in the construction and civil engineering space.

Heineken have announced the appointment of...