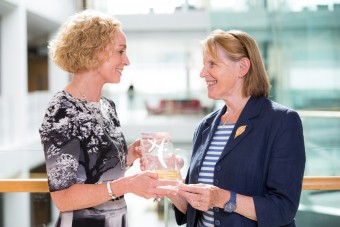 Over 1,200 projects have been completed by young people throughout the course of the partnership, tackling community issues such as bullying, human rights and inequality.

All projects focused on leaving a positive legacy in local communities, as well as increasing confidence and self-esteem in the young people participating.

Since the partnership commenced in 2012, Vodafone Ireland Foundation has invested over €1.2 million of funding and has increased the number of internal employees mobilized in charity engagement by 25% over the past three years.

Speaking about the partnership, Anne O’ Leary, CEO, Vodafone Ireland said, “The enthusiasm, intelligence and creativity of the students involved in the programme year on year continues to astound me and there is no doubt that our country has a bright future ahead as today’s ‘Young Social Innovators’ become tomorrow’s leaders”.

For more information about Young Social Innovators, you can visit www.youngsocialinnovators.ie