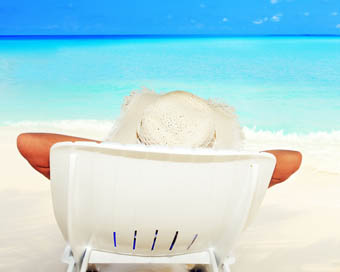 Staff who work an average of one extra hour per day clock-up at least 200 unpaid hours or 25 unpaid days at work per year.

Over one third of respondents to the Cpl Employment Market Monitor admitted to working an extra five hours per week.

This unpaid overtime amounts to more than the statutory 20 days which 35% of respondents say they receive in holiday leave each year.  51% of respondents said they don’t take all of their holiday entitlements (unsurprising if they are too busy working).

“The responses show that a large proportion of the Irish workforce is conscientious and happy to work late if they are engaged by what they do and enjoy their work” said Peter Cosgrove, Director, Cpl Resources plc.

“The research points to the extra benefit employees give to their employer in extra, unpaid work.  However, it may also raise the issue of presenteesim where tasks may extend to the time available.   Sometimes work can be done much quicker by motivated and well-trained staff,” he added.

One third of those who responded named friendship as the best thing about their work, above money, location, challenge, type of work and flexibility. Research shows that workers are happier in their jobs when they have good friendships with co-workers.

Among respondents, money was a limited motivator with just over 5% claiming it was the best thing about their work. Nearly half the Irish are quite happy in their work, with 25% saying that they’d still do the same job if money were no object.

The survey also found that companies who fail to define career paths for their employees will lose them to the competition.  Nearly 60% of respondents felt their employer hadn’t mapped out a career path for them and as a result career progression meant moving jobs.

“Opportunities and clear career progression is a bigger motivator than salary.  Companies must invest in their employees and show that they want their staff to progress within the company,” said Peter Cosgrove.

Finally, 60% of jobseekers would take the opportunity to do a different degree if they could do it all over again.  The responses show that a jobseeker’s degree can often be less relevant to their career than they thought when they embarked on their studies.

The information presented in the Cpl Employment Market Monitor is based on two main sources: Cpl’s Employment Index – the number of new roles by category registered with Cpl Resources plc month-on-month; Cpl’s Sentiment Survey – feedback from jobseekers registered with Cpl Resources plc and employers nationwide. The Q2 2015 report was based on information taken from Cpl’s database and augmented with responses from 1,113 jobseekers.  This is the 18th Quarter measured since the Index began and Cpl Resources plc, along with Ronan Lyons, Assistant Professor in Economics at Trinity College Dublin, wrote the report.

Just for a moment think back to the best...