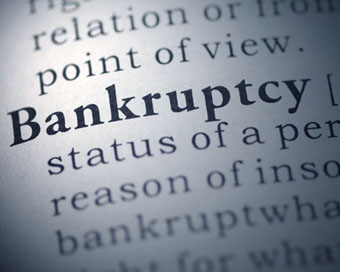 SFA Director, Patricia Callan, stated, “Creating a culture of entrepreneurship and risk taking is essential to driving economic growth and job creation. Central to this is an acceptance of failure and the existence of an environment conducive to starting again.

In Ireland, however, the social stigma of failure stifles second chance entrepreneurship and the bankruptcy regime remains overly-punitive. The SFA strongly believes that Government policies should encourage entrepreneurs back into business as quickly as possible after bankruptcy.”

The SFA has submitted its recommendations to the Joint Oireachtas Committee on Justice, Defence and Equality in response to a call for submissions on the period of bankruptcy.

“The United States, where past failure is viewed as a “badge of honour”, tops the Global Entrepreneurship Development Index. If Ireland is to become a world class environment in which to start and grow a business, it is vital that the risk of setting up a business is minimised and fear of failure reduced. A reduction in the period of bankruptcy from the current three years to one year, in line with the UK, would be a major step forward in this regard,” Callan continued.

The SFA drew attention in its submission to successful initiatives that sit alongside bankruptcy legislation in other countries. In the UK there is a second chance programme to encourage entrepreneurs to learn from their failures and start again. Other European countries such as Denmark have early warning systems to prevent business closures.

Callan concluded, “Honest entrepreneurial endeavour is not always successful and a recent EU Commission conference estimated that 96% of entrepreneurs declared bankrupt are honest business people who made a mistake. Talented entrepreneurs who are locked out of the system for three years will have no alternative but to emigrate and it will be very hard to attract them back. To develop our indigenous businesses, we need to ensure that Ireland offers entrepreneurs a more supportive environment both in success and in failure.”

This year's IGNITE Awards and Showcase...