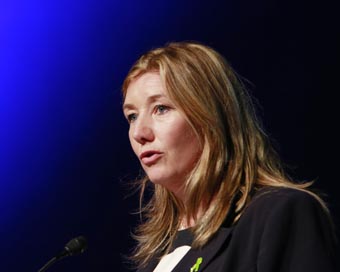 As we all know, the numbers of women that make it to senior roles is far less than it should be. To move the debate on in May, Ibec, along with the Department of Justice and Equality, brought together over 200 senior executives, CEOs and Secretary Generals to identify new and better ways to promote gender-balanced leadership.

The aim was not only to generate debate, but to identify practical ways to maximise the talent of both genders in senior decision-making roles. Yes, a lot of progress has been made in recent years. But women continue to be under-represented in senior positions in corporate and political life. This paradox is an economy wide issue and one which is increasingly recognised at a global level.

A number of key themes emerged from the debate and discussion on the day:

A number of speakers touched on the need for greater awareness that gender balance is not a “women’s issue” but rather a strategic business issue. In the past organisations tried to address gender balance from an ethical standpoint, by helping women “fit in”. This underestimated the potential that women bring to the table and treated them like “victims”.

Today that is changing. Gender balance is rightly viewed as a strategic business issue and a leadership challenge, one that only a naïve employer would ignore.

Gender balance has been proven to increase profits, return on sales, return on equity, innovation and problem solving. Social media is crucial for driving brand, product and services and the social media world is led by women – 62% of women participate in sharing on Facebook while 8 out of 10 Twitter users who have hit the 10 million followers mark are female.

One reason for this is the lack of gender diversity at decision-making level. If a brand wants to forge more and better connections with an essential target audience it needs to incorporate more women in to marketing decisions. Surely an approach that improves shareholder value and organisation performance is not something any employer would ignore.

As Peter Cosgrove from CPL noted at the event, gender diversity is not a problem but rather it’s a solution to many of the problems currently facing organisations.

We need to raise awareness about the need for change before we can expect change to occur. Just because we have always done something in a particular way does not mean that it is the only option.

That means making the entire workplace aware of the business and economic costs of failing to harness 100% of the talent available to an organisation. To achieve this requires making everything available for discussion from how and where we work to what skills and competencies are needed to carry out a leadership role.

Performance needs to be measured by results rather than hours at work, especially as flexibility is so important to 21st century working lives. We need to consider both men and women as having caring responsibilities whether for children or elder care and not see this as an obstacle to career progression. In fact, assumptions about what women or men want from their careers need to be checked.

At the event, Maura Quinn from the Institute of Directors highlighted their recent research which found that women do not have the same connections or access to the same networks as men. As such the current gender imbalance is perpetuated through the appointment of candidates from within those networks, compounded by a perceived unwillingness to explore the broader talent pool.

There are individual confidence challenges too. Women want to be certain that they are qualified before putting themselves forward for positions. More so than their male equivalents, they want to be very clear that they have the skills and experience required to succeed in the job.

Arguments about quotas and targets need to be very clear – all jobs must be determined by merit – however the main issue is getting women into the recruitment and promotion processes and making these processes fair and transparent. This may mean looking at why representative candidate samples are not coming through and changing why that is.

By only focusing on women, organisations have arguably side lined a powerful group of stakeholders in most organisations – men. Men worldwide tend to dominate positions of leadership and influence in the workplace and as such are crucial to the gender-balance debate. They can and need to be powerful ambassadors for change.

Robert Baker from Mercer and Dan Twomey from Dell outlined how this engagement could be achieved through senior men leading by example and sponsoring female talent, while at the same time measuring progress and furthering the debate.

There is no simple solution to this challenge, but failure to address it is to the detriment of our organisations and our national interest. Every major cultural, operational, or strategic change in business requires passion and senior executives leading by example. Gender balance is no exception. It requires new thinking, innovative approaches and courage, starting with the CEO and the leadership team.

Astute leaders know that they can lead the way or be left behind. Those companies willing to overcome the challenges will reap business benefits and create a competitive advantage for the future.

If we fail to address this imbalance we are out of touch with the way the world is changing and the people we represent. This is not a women’s issue – it’s very clearly a strategic business issue affecting individuals, organisations and society. The time for talking is over now is the time for action.

Women On Boards In Ireland...

An Institute of Directors’ report released...

Before the movie E.T. came out, aliens were...