Entrepreneurs Are Leading Source Of Job Creation This Year 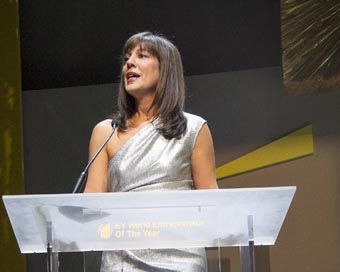 Entrepreneurs are leading global job creation, with 47% of entrepreneurs expecting to increase their total global workforce this year.

While 47% of entrepreneurs globally expect to increase their total workforce in the next 12 months, this rises to 77% among those that have competed in EY’s Entrepreneur of the Year Program worldwide. These figures from entrepreneurs contrast strikingly with the hiring plans of senior executives at large corporates, with 29% of them expecting to create jobs in the next year, as reported in EY’s recently released Global Capital Confidence Barometer.

Mark Weinberger, Global Chairman & CEO of EY, says: “The global economy is on the road to sustained recovery, but growth is slow. One often missed opportunity to fuel growth is empowering and supporting entrepreneurs. Entrepreneurs continue to defy global trends in their levels of economic confidence and plans for workforce expansion, and this survey clearly shows that. Governments and business should work together with entrepreneurs to create the right ecosystems for success.”

There is, however, clear geographical deviation, with China (95%), India (90%) and Middle East/North Africa (MENA) (90%), showing the highest confidence in the global economy, and France (52%), Australia (51%) and Japan (49%) showing the lowest, which is a reflection of overall economic conditions in those geographies.

Despite rising confidence, entrepreneurs are mindful of the risks, citing negative market conditions as the top perceived business threat (31%), suggesting that global instability is still on the radar of the world’s businesses. In the UK (29%) and Germany (35%), red tape/bureaucracy is cited as the number one perceived threat, while in the US a skills shortage is singled out as the top business threat (27%).

Entrepreneurs are increasingly looking abroad to expand their workforces, with 47% expecting to do so in the next year. Emerging markets lead the way, with global hires most likely in MENA (74%), China (68%) and India (63%). Young entrepreneurs are more likely to hire abroad than older ones, with 69% of those under 35 expecting to hire globally in the next year. This is despite a lack of access to funding (43%) and negative economic factors (43%) that were reported as key barriers by our youth respondents.

The sectors most likely to hire internationally in the next year are cleantech (75%), followed closely by biotech/pharma (74%), with professional services (26%) and transportation, travel and tourism (15%) the least likely.

Maria Pinelli (pictured), EY’s Global Vice Chair of Strategic Growth Markets, says: “Entrepreneurs have always been pioneers looking for new opportunities, pushing the boundaries of what is possible and helping the global economy work better through their innovations and drive. Their appetite to hire abroad, especially among younger entrepreneurs, shows that today’s marketplace is a global one, and creates huge opportunities for entrepreneurs with the right ideas, the right support and the determination to grow. It’s clear that entrepreneurs aren’t the only ones who benefit when they start a business, so it’s vital that governments, corporates and entrepreneurs work together to create an environment that encourages and nurtures the entrepreneurial job creators of tomorrow.”

Entrepreneurs are focused on leaving a legacy

The survey finds that entrepreneurs are driven by more than financial gain. Thirty-eight percent cite leaving a positive legacy behind as the “top driver for starting a business outside of goals relating to turnover and profitability”. Other key motivations include making a positive contribution to the wider community (36%) and inspiring others to follow their aspirations (32%).

For the first time this year, we talked to 2,807 young people aged 18 to 25 in education or involved in the jobs market, to get an idea of their career aspirations and find out how entrepreneurship fits into their plans. Many have entrepreneurial ambitions, with 65% planning to run their own business at some point in their careers, 27% immediately and 38% after working for someone else first. Indeed, one in four (25%) of young people have already started drawing up a business plan.

At EY, we support youth with entrepreneurial ambitions, through the alliances and initiatives we partner with around the world such as Network for Teaching Entrepreneurship, Endeavour and Youth Business International, and the 40,000 young people a year we hire and train.

Funding is the biggest barrier to success

In forging ahead with their business aspirations, young people are very much aware of the challenges they face. Topping the list of barriers that could prevent young people from fulfilling their ambitions is a lack of access to funding and negative economic factors (both 43%). Other barriers include competition (25%) and lack of self-belief (25%).

Weinberger concludes: “With an estimated 75 million unemployed young people around the world, we must harness the ambition and optimism displayed by youth or we risk a lost generation of young people, with long-term personal and economic costs. There is an urgent need for business leaders, entrepreneurs and policy-makers to offer young people the support they need to fulfill their potential, through funding, but also through hands-on support, mentoring, job opportunities and on-the-job training.”

No Digital Detox For Irish...

Are you planning on taking a holiday this...

Footballer Stephanie Roche has been named as...