Women On Boards In Ireland 2015 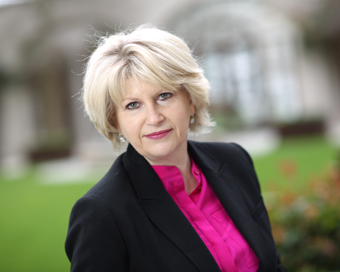 An Institute of Directors’ report released today, Women on Boards in Ireland 2015, has found that awareness of the importance of gender diversity on boards in Ireland has improved in recent years, however, women have become increasingly reluctant to put themselves forward for board positions and continue to encounter barriers in accessing the boardroom due to ‘male dominated’ boards and a lack of contacts.

The report details the findings of research carried out exclusively among women members of the Institute of Directors in Ireland (IoD) earlier this month, following a similar survey conducted in 2013.

There has been a slight decrease from 35% in 2013, to 31% in 2015, in those who argue that a ‘glass ceiling’ exists in Ireland and the focus appears to be shifting more towards certain sectors, with a 9% increase since 2013 in those women who believe that a ‘glass ceiling’ is locking women out of boards in particular sectors such as financial services, construction, manufacturing, property and publicly listed companies.

Of the women surveyed, 50% claim that gender diversity is a medium or high priority for their board, a welcome increase of 13% since 2013, while 91% feel equal in the boardroom. Asked about the current representation of women at board level, the majority (59%) say that women account for between 11% – 40% of directors on their board.

Women Locked Out Of The Boardroom?

– 57% believe women do not have equal access to information

Over half (57%) of the women surveyed claim that women do not have the same access to information as men when it comes to available board positions and cite interlocking directorships, access to networks and contacts and ‘male dominated’ boards as key barriers in accessing the boardroom.

The barriers encountered by women have no doubt contributed to three-quarters (76%) of the women surveyed saying that it is more difficult for women to become non-executive directors in Ireland than men.

Commenting on the findings, Maura Quinn (pictured), Chief Executive, Institute of Directors in Ireland, said: “The wide-ranging debate and increased focus on the topic in recent years is likely to have influenced an improved level of awareness of the importance of gender diversity on boards. However, women continue to feel locked out of the boardroom due to a lack of access to the same networks and information as men and the ‘who you know’ culture of board appointments continues to prevail.

“Women have become increasingly reluctant to go forward for board positions which is very concerning and legacy issues, coupled with interlocking directorships and a sense of disenchantment about the appointment process, appear to be playing a part in this.”

Four in five (82%) women surveyed believe that women themselves need to take some responsibility for the low level of women on boards in Ireland, arguing that women need to be more proactive in their approach to securing directorships. This is further evidenced in the research, with two-thirds (67%) of the women surveyed claiming to have undertaken formal director training to prepare for their board positions.

Analysis of what women believe needs to change to enable more women to be appointed directors in Ireland shows a change in priority in recent years. 74% say that rotation of board members is now the greatest change needed, an increase of 10% since 2013. This compares with 66% calling for transparency in the appointment process, down from 72% in 2013, a reduction which is probably due to improved awareness of gender diversity and changes in appointment processes for certain boards, e.g State boards.

There appears to be a decreasing appetite for formal quotas among the women surveyed, with a 6% drop to 23% in those who believe that quotas are most effective in increasing the number of women on boards and an increase of 3% to 28% in those who argue that quotas are the wrong approach entirely. The largest proportion, 40% of women surveyed, generally favour targets as a means of increasing the number of women on boards in Ireland.

“Women themselves are keen to effect change, arguing that they need to take some responsibility for the low level of women on boards through being proactive and undertaking training, rather than relying on quotas as a means of increasing the number of women on boards in Ireland,” concluded Quinn.

There might be no such thing as a stupid...

The Other Lens: Fixing Women

Many of the gender balance initiatives in...