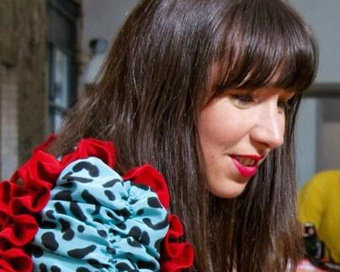 Fourteen years ago Jane McDaid, aged 27 and with a background in PR, decided she wanted to work in a “creatively led communications agency” but couldn’t find one. Not to be deterred, she set up her own agency instead with her business partner.

Since then the Dublin agency, Thinkhouse, has expanded to a team of 35 and now includes a London office. The agency represents the ‘who’s who’ of Irish and international brands such as Unilever; Heineken Ireland; Three; and Coca-Cola amongst others.

“We’ve always had global aspirations and our agency has always, from day one, been built so that it makes sense and excites people, from every corner of the globe,” says Jane. These aspirations have been solidified by the agency’s inclusion in the 2015 edition of ‘The World’s Leading Independent Agencies’, which is published by Campaign Magazine in collaboration with international agency network, thenetworkone. The edition features 15 great independent agencies from Europe, Africa, Australia and Asia and Thinkhouse is the first Irish-owned agency to ever appear in the publication.

For years Thinkhouse has looked to Campaign Magazine’s annual publication for inspiration – benchmarking themselves against the best indies in the world.  Jane is modest about being singled out among her Irish peers: “Our vision is global but we’re not alone. There are other incredible Irish agencies with international ambition too. There’s an incredible wealth of creative talent here I think we can really establish Ireland as one of the world’s greatest creative centres of excellence.”

But global recognition isn’t Thinkhouse’s only USP – there’s also their audience of 18-35 year olds. They’re known as ‘The Youth Communications Agency’, which has evolved organically for Jane. “One day, after I bought out my business partner, I was reflecting on what journey I would like to take the agency on. I took one look at our brand base and figured all the brands had one thing in common – a need to connect with youth audiences. So that was it. I knew that this was something that really excites me, something I was really good at and something that I felt there was a market for.”

An example of connecting with their ‘youth’ audience is their most recent report on the Marriage Equality Referendum. The Youth Lab, an insights division of Thinkhouse, asked 1,000 Irish 18-35 year olds how they felt about the referendum. And despite the fact that 90% of those surveyed said they would vote “yes”, only one in two said they would be likely to exercise their vote on May 22nd. Such stats and insights by The Youth Lab @ Thinkhouse give brands the edge on young consumers – their attitudes and motivations.

Jane’s enthusiasm for Thinkhouse and its youth-oriented work is palpable: “I love everything about my work. Absolutely everything. I love the team. I love our clients. I love the risks we’ve taken and the moments we’ve created. I love the fact that every day is different. I love exploring the opportunities and together, as a team, making waves. I love the failures, because they’ve taught me so much.” When pressed for something negative, she just can’t find it.

In her career, she’s had many highs from representing global brands to moving into new offices to team expansion. She also finds pleasure in smaller moments such as “having a chat with a client or simply a moment of professional reflection. There are some major moments that have influenced how I do things. These are the moments I live for”.

For Jane success is “unlocking potential to the max. A brand’s potential, an employee’s potential or my potential.” It’s also about achieving a work-life balance that benefits those that matter most, family. “I’ve still a long way to go.” An obstacle to this can be the digital side, which invades our personal and professional lives 24/7. “I think the addiction to social media is one of the toughest habits to break. In moderation, social media can and should be a very positive and rewarding part of people’s every day lives.”

If Jane wasn’t running Thinkhouse, she would probably have liked to lecture, “It’s very rewarding to nurture talent and to build confidence and self-esteem in people,” but she reckons she was born for her role and can’t imagine doing anything else.

Her advice for fellow businesspeople could easily be applied to all facets of life, not just entrepreneurship: “Be kind. Be self-aware and self-critical. Have faith in people. Love what you do.” The world would be a far better place if more people adopted the Thinkhouse philosophy!

Melissa Curry: Made From The...

With a CV that ranges from Paris boutiques...

Following her talk at the PCH Hardware...