Performance Appraisal: Why “Opinion” Is Holding Women Back At Work 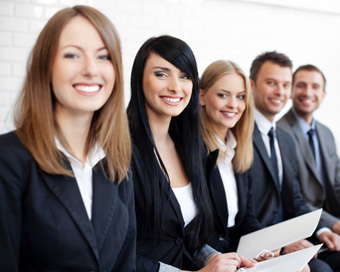 For many professionals, it’s that time of year again when performance appraisals are in our diaries. We have spent the past 11 months or so working to achieve our annual career objectives.

We developed SMART objectives (specific, measurable, achievable, realistic, and timely) so we can look back at them now and objectively assess our performance. And because we work in meritocratic organisations, our performance will be fairly rewarded. At least that’s what our existing performance appraisal approach aims to do, but just how close is this to reality?

Apparently not very close. In 2010, Gallup found that 8% of men and 15% of women in the US felt that at some point in their career, they had missed out on a promotion or career opportunity as a result of their gender. This doesn’t fully capture women, who are receiving smaller financial rewards than their male peers despite similar performance. Surely this indicates that our approach to assessing performance may be subject to bias, and by failing to appropriately recognise performance is thereby contributing to the gender imbalance in our workforce.

What can we do to ensure our appraisal approach fairly recognises talent regardless of gender?

Even with all the best intentions to be objective, the very definition of performance appraisal highlights the subjectivity of the approach. A performance appraisal is a “formal record of a manager’s opinion of the quality of an employee’s work”. What an employee considers to be a top performance against his or her objectives, may be deemed a mediocre performance by one manager, or a relatively strong performance by another based on the manager’s own experiences. Which opinion will determine the outcome of the employee’s financial reward or even whether they choose to stay at or leave the organisation?

This difference of opinion is very real and leads to a mismatch between perceived performance and actual rewards. In a recent study conducted by Deloitte, 58% of business executives shared that the approach they took to assessing and managing talent was out of sync with high performance and levels of employee engagement. Not only are the current processes cumbersome, ratings outcomes are subjective, one-dimensional and don’t capture the dynamic nature of performance throughout the year. Put simply, the existing and widely-used performance appraisal framework is just not effective. With its subjective ratings and associated vulnerability to bias, today’s appraisal approach may be incorrectly punishing some employees and unjustifiably rewarding others.

The proposal to date has been to minimise the subjectivity in appraisals by emphasising the importance of meritocracy in determining the year’s bell curve. However meritocracy alone does not address the gap. Benard and Castilla (of Indiana University and MIT’s Sloan School of Management respectively) tested the influence of an emphasis on meritocracy in an experiment with 400 MBA students. The results were surprising. The students who were told that meritocracy was important rewarded men $46 more than women, but those who thought the emphasis was on regular performance assessments allocated roughly the same reward to both men and women. Using the word “meritocracy” seemed to provide the students with the opportunity to fall into old habits and rely more heavily on biases, thereby not really challenging themselves to see beyond the standard attributes of high performers.

Rewarding and being rewarded

In a world where the war for talent is becoming more aggressive, a talent management strategy which is less prone to bias is no longer just a nice-to-have. Without fair recognition, star performers leave. And it’s not just damaging for the individual, but impacts the wider organisation; 72% of respondents to one of Harvard Business Review’s 2013 reports stated that recognition of high performers had a significant impact on overall employee engagement.

At an organisational level, fairly recognising the contribution of each employee is critical. The recent legal case between Ellen Pao and her employer KPCB (Kleiner Perkins Caufield and Byers) is an example of just how expensive performance appraisal related issues can be, both in terms of personal and corporate brand, as well as legal fees (reported to be $1m in this case). Ellen had unsuccessfully taken her employer to court in 2012, claiming that she had been maltreated by her male colleagues, denied pay rises, passed over for promotion and finally sacked because she was female.

By reconsidering appraisal frameworks, business leaders have a real opportunity to address workplace gender imbalance, employee engagement and retention in their organisations. Rewarding both male and female employees fairly can result in a long term reward to the wider organisation.

The merits of a meritocratic and transparent performance are clear; it’s no longer a choice but a pre-requisite to retaining a diverse workforce. The challenge is in delivering such a framework. How do we actively reshape the way we appraise colleagues, particularly women, to ensure that we minimise the negative impact of subjectivity?

In HBR’s ‘Why do so many incompetent men become leaders’, Thomas Chamorro-Premuzic talks about a “pathological system that rewards men for their incompetence while punishing women for their competence”. Because perception plays a significant role in appraisals, the attributes against which we assess men and women include elements of bias. The manifestations of hubris, often masked as charisma or charm, are commonly mistaken for leadership potential and are attributed to men. At the same time, women battle between all degrees on the scale of “reserved” to “aggressive”, but studies have shown that women are more likely to outperform on emotional intelligence and adopt more effective leadership strategies.

Rather than just look for the “time when” questions which highlight these male attributes, business leaders should also challenge themselves by considering alternative attributes. The ability to gain respect, develop a followership and in turn fairly recognise direct reports; these are all more female-like attributes that don’t currently get the credit due.

2. Manage feedback and encourage women to speak up

At the end of 2014 Kieran Snyder of Fortune wrote about the significant difference in the type of feedback given to men and women. While 60% of the reviews received for men included critical feedback, 88% of reviews on women included the same. Not only are we more likely to give critical feedback to women, we are also likely to include fewer development areas and more labels such as “abrasive”. Ensuring we use the same yard stick for both women and men must be at the heart of any talent strategy.

Self-promotion is also a critical, yet informal, part of the appraisal process and again, women are less likely to partake in it. One suggestion may be to minimise the influence of self-promotion in appraisal decisions and thereby reduce the bias towards men, but in reality this would be hard to manage. What we can do instead is encourage our female colleagues to speak up and be heard, in the same way we too can speak up on their behalves.

Deloitte’s new performance management framework, detailed in the HBR ‘Reinventing Performance Management’ article, is an example of just how bold organisations can be. Small tweaks to the existing appraisal approach will not result in the change we need to see at the pace required. Business leaders will need to be bold in their vision of how they attract and effectively retain top talent. To sit back and wait for next year’s performance cycle is akin to opening the exit doors for top talent. Take action now and be rewarded in the long term.

As you advance in your career, you may find...

For years, our young people have followed a...