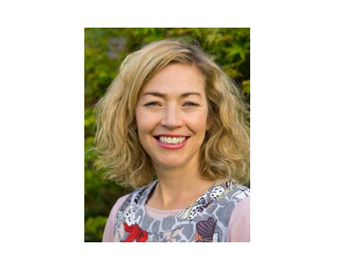 Even a busy job may not provide enough exercise to meet current activity recommendations for the prevention of cardiovascular disease, according to a study reported at the EuroPRevent congress in Lisbon.

Dr Eleanor McIntyre (pictured) from the Galway University Hospital in Ireland said that the workplace – where most adults spend around 60% of their waking hours – “represents a significant domain where short bouts of physical activity can be accrued and counted towards the recommended guidelines” for CVD prevention. However, results from this small study, which assessed the activity levels of all employees in an inevitably busy hospital, suggest that sedentary behaviour is still prevalent, with levels of physical activity insufficient to reduce CVD risk.

The study examined the activity patterns of 83 employees working in six occupational groups at the Galway University Hospital during a typical working week. Everyone wore a pedometer to record each step taken and energy expenditure was assessed according to the International Physical Activity Questionnaire.

However, when data from pedometers was compared with these IPAQ results, it was found that only 6% of the study subjects reached the recommended levels of 10,000 steps per day during working hours, while 30% were described with concern as “sedentary” (achieving less than 5000 steps per day). Overall, employees took a median number of 6,205 steps per day, which varied considerably between occupation groups, with interns and nurses classified as the most active groups in terms of steps per day. As a group, secretaries walked the fewest steps per day (4,103) and sat for most minutes a week (1,800).

Dr McIntyre added that further analysis of IPAQ and pedometer data revealed that only half the employees reached levels of activity consistent with national guidelines, which, as set out by Ireland’s Campaign for Fighting Heart Disease & Stroke and in line with most other countries, aim for a minimum of 150 minutes of moderate intensity aerobic activity per week. Although national physical activity guidelines were met by 47% of the secretaries, as a group they walked the least number of steps per day and sat for most minutes per week. “This is an important and often overlooked ambiguity between sedentary behaviour and physical activity,” said Dr McIntyre.

Even though around two-thirds of the employees were aware of the national prevention guidelines for physical activity, the investigators concluded that health promotion policies were not sufficiently applied within the workplace. “Promoting the concept that short bouts of physical activity can be accrued during working hours rather than considered solely a leisure time activity seems a realistic approach to reducing CVD risk,” said Dr McIntyre.

She explained that 6,000-7,000 steps per day appears to constitute a healthy adult’s normal day, excluding planned exercise. However, even those participants who did walk around 6,000 steps per day (45% of the total) would not achieve the recommended daily step target of 10,000, despite the addition of 30 minutes moderate activity after work.

Dr McIntyre added: “Increasing demands on personal time can limit the amount of physical activity achieved outside of working hours, and the workplace remains an environment in which short bouts of exercise can result in modest health gains at the population level.”

While guidelines – including those in Ireland – recommend a 30 minute brisk walk five days per week, tips for greater activity at work include using the stairs instead of the elevator, getting off the bus one or two stops earlier, parking the car at the far end of the car park – and that any activity which leaves you warm and slightly out of breath is good.

The European Society of Cardiology (ESC) represents more than 80 000 cardiology professionals across Europe and the Mediterranean. Its mission is to reduce the burden of cardiovascular disease in Europe.

The Ramblings Of A Working...

Since when did life get so busy? I find...

What You Need To Know About...