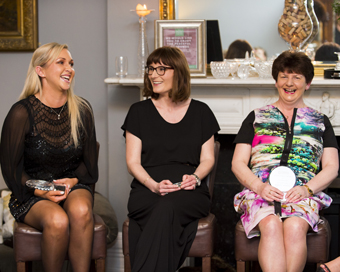 The Awards were hosted by Jenny Huston, 2FM DJ and founder and designer of jewellery brand Edge Only. Speaking at the event, Jenny said it was a line from the American Baseball Film ‘Field of Dreams’ ‘Build it and they will come’ that she has inspired her in her opening months of business.

The winners (pictured) on the night came from three categories: