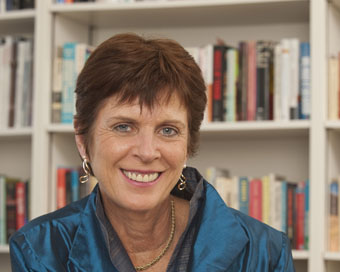 Professor Louise Richardson, from Co. Waterford, has been nominated as the next Vice-Chancellor of the University of Oxford.

She is currently the Principal and Vice-Chancellor of the University of St Andrews in Scotland and has led St Andrews for more than six years, combining research on terrorism, graduate and undergraduate teaching, and leading organisational change in higher education

This is a historical appointment as she is the first woman to hold the position in the University, which is the oldest in the English speaking world. The Vice-Chancellor is the senior officer of the University and provides strategic direction and leadership to the University, and to position and represent the University internationally, nationally, and regionally. She was the first female Principal of St Andrews or of any of the ancient Scottish Universities.

Prior to joining St Andrews in 2009, Professor Richardson lived and worked in the United States where she was Executive Dean of the Radcliffe Institute for Advanced Study at Harvard University.

She holds a BA in History from Trinity College, Dublin, an MA in Political Science from the University of California, Los Angeles (UCLA) and an MA and PhD in Government from Harvard University.

The Taoiseach and the Minister for Jobs,...

Alison Brittain Will Head Up...