Google Is Ireland’s Most Reputable Organisation 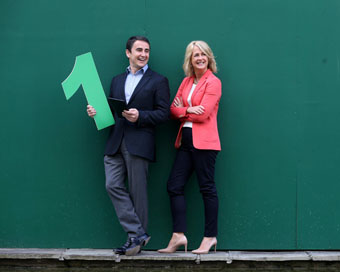 Google has been named the most reputable organisation in Ireland, according to the annual Ireland RepTrak® 2015 study, announced by The Reputations Agency today.

This is the sixth year of the study of corporate reputations undertaken in Ireland, carried out by The Reputations Agency and their global partners, the Reputation Institute. The study is based on the RepTrak model, considered to be the gold standard for reputation measurement, which elicited the views of 4,900 members of the general public across Ireland in January and February 2015 to quantify the reputations of 100 organisations in Ireland.  The other four ranked in the top five were: Boots (2nd); Kellogg’s (3rd); Bord Bia (4th) which was ranked for the first time this year; and last year’s winner Volkswagen, ranked fifth.

The independent study ranked each company on its RepTrak® Pulse score, representing an average measure of people’s feelings for it. The scores are statistically derived from four emotional indicators: trust, esteem, admiration and good feeling. It also studied how an organisation was rated across the seven key dimensions of reputation which are: leadership; products & services, innovation; governance; workplace; performance; and citizenship.

Three companies (Google, Boots and Kellogg’s) achieved scores in excess of 80 placing them in a category of Excellent/Top tier. In all three cases the companies moved from the second highest scoring category of Strong/Robust (70-79) to that of Excellent. Thirty one organisations were considered to have scores that were Strong/Robust with 35 considered Average/Moderate (60-69). However, the scores of 30 organisations were categorised as Weak/Vulnerable (40-59) and one, Irish Water, was in the Poor/Lowest tier (less than 40).

Yesterday in the Mansion House in Dublin,...