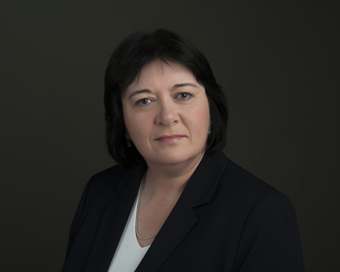 Following her talk at the PCH Hardware Hackathon at the DCU Innovation Campus this weekend, Sarah McDonald, Director of IT at MSD, shares her thoughts on a career in STEM with WMB:

I approached the Leaving Cert without a clue what I wanted to do career-wise but knew I wanted something a bit different, something with a bit of a wow factor. But it was also 1981 and jobs were scarce. I scanned the jobs pages in the papers and saw lots of ads for “Systems Analyst” which sounded intriguing, so I found out what a SA was and discovered computing.

Remember the PC hadn’t even been invented at this time so it wasn’t the most common choice. The “omens” were looking good; DCU (or National Institute for Higher Education, Dublin as it was known at the time) had just opened the previous year and the first crop of graduates were about to emerge. I began my four year Bachelor of Science degree in Computer Applications, which I loved, and graduated in 1985 with a 2.1. The world was my oyster.

I had no shortage of job offers due to the IT experience gained during my six-month Intra placement (this Intra scheme was a stroke of genius by DCU) writing PL/1 code for Petroconsultants Ltd. But I wanted to spread my wings so began my first job in London with a large IT consultancy and development company as a Software Tester.

I was bored silly by the work, completely underwhelmed, and I couldn’t afford to live in London anyway. I came home after six months to take up a job as an Analyst/Programmer with Petroconsultants (again!) and a year later I moved to Kerry Group as an Analyst/Programmer – this time in VAX/COBOL. I loved that language. I was one of a very small group of developers looking after software development and IT infrastructure for their meat processing plants around Ireland.

In those days IT always reported into Finance – it’s different now; IT is not seen as a sales reporting/invoicing/number crunching function. IT infrastructure then consisted of terminals connected to a mid-range or mainframe running in-house developed applications and a scattering of standalone PCs running Word and Lotus 123.

But it’s amazing how we ran big business from such basic IT. No such thing as a LAN or WAN or Internet. But I learned so much from those years – some really fundamental principles of IT that I have never forgotten and that have stood the test of time (like normalisation of data, logical troubleshooting, debugging, good coding practices).

In 1992 I joined Organon Ireland – a pharmaceutical company that had just the year before opened a brand new manufacturing facility in Swords on a greenfield site. The challenge was irresistible – the IT infrastructure was the same as Kerry’s but this small company (<100 employees but part of the huge Akzo Nobel chemicals and coatings company) wanted to grow, and fast. They needed someone to lead the IT function into this new future and they chose me.

The next years were spent being part of a company that quickly grew to 600+ employees and building and deploying the IT infrastructure to support that growth. Having built up a team of 22 IT staff we provided a complete end-to-end IT service in-house for Organon Ireland. We had some amazing challenges; Y2K, EURO, ERP, SOX, and all done in an environment which was fully validated to comply with the toughest of regulatory standards. But we learned so much and we retained the knowledge in our own IT group.

I was very fortunate to work for a company that valued diversity long before “diversity” became a management objective. Coupled with a flexible working environment, Organon did a tremendous job of ensuring that women were just as productive and valued as men – especially at the boardroom table where IT at last had a seat instead of being represented there by Finance.

Fast-forward to today, and Organon was acquired by Schering-Plough in 2007 which then merged with MSD in 2009. So much has changed as the evolution of IT has accelerated in recent years. 10 years ago I flew back and forth to attend meetings in other countries – now 90% of my meetings are on Webex; we wondered whether the paperless office would ever become a reality and it has. We thought IT supported how we manufactured and sold our products but had no idea IT was going to become part of the product itself – we call this “beyond the pill”. Not only has the technology changed but our way of working has dramatically changed.

We now use technology to collaborate with colleagues globally, in real time; we can work just as effectively from home or from any location; we are constantly connected and can respond instantly – just think how useful all this would have been 15 or 20 years ago when I was raising my children.

Juggling home and work life is usually more of a challenge for a woman with a young family but it must be easier today than it ever was, thanks to technology. Today I am Director of IT for all MSD in Ireland with responsibility for five manufacturing plants and the varied divisions of Human Health, Animal Health, Shared Business Services and Global Support Functions.

It’s challenging and demanding at times, but incredibly rewarding and I have a truly super IT team working with me. So much of IT is now in the Cloud, or outsourced, or operated as a managed service that collaboration tools are absolutely essential, as is the ability of people to work as a networked team of people with diverse cultures, perspectives – and timezones.

I seem all along to have been fortunate to have had just as many opportunities as men whether it was in choice of college course, career moves, promotions, etc. I think this was due in part to the newness of IT; the newness of college courses in computing in 1981; and the newness of the company I joined in 1992. Today, IT is on the cusp of a digital evolution (big bang) never seen before – anyone can write an app, everyone has a myriad of mobile devices, everything is digital and anything seems possible.

It’s all new. There has never been a better time for women to be a part of the digitisation of life and industry – there are so many opportunities for innovation, creativity, entrepreneurship and it is these characteristics that make diversity so valuable.

The digital age is here and is disrupting everything – in a good way. Who wouldn’t want to be a part of that?

Even over the phone, Denise Tormey’s...