Being A Go Getter Comes At A Cost 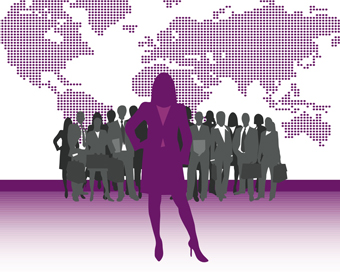 If ever you’ve felt frustrated that your reward for getting things done was more work to do, new research shows that uneasy feeling could be spot on.

A research team that included Professor Gráinne Fitzsimons, a second generation Irishwoman, and Ph.D. student Christy Zhou Koval of Duke University’s Fuqua School of Business found people with more self-control — those with the self-discipline to get things done — tend to be more relied upon by others.

We all know someone like this: gets up early, exercises, eats healthily, never forgets birthdays, happily takes on extra duties and yet always seems on top of everything – a go getter.

“It is clear that it is great to have high self-control, there is no doubt about that,” Fitzsimons said. “But in a social context, where people can learn about you and what you’re capable of, we think there is also the potential for it to lead to higher expectations and more work.”

The researchers undertook several studies to find out how people with greater self-control are viewed and treated by others, and how they felt about that treatment.

In one study, 125 undergraduates in a laboratory were asked to delegate tasks to students with different levels of self-control. Students who were described as having more self-control ended up with more tasks.  These findings suggest that people with high self-control may be asked to do more work, the researchers said.

In a lab study with 81 participants, half the group observed the other half completing a challenging task. The researchers found the observers believed that people with higher self-control could complete the task with less effort than people with lower self-control. Yet the high self-control individuals themselves felt the task took equal effort.

The researchers said this suggests there may be a discrepancy in how other people view those with self-control, and how those people view themselves.

“What looks easy from the outside may not feel that easy on the inside,” Fitzsimons said.

The researchers also sought to explore real-world consequences of the perceptions demonstrated in the lab. One study analysed the self-assessments of 403 employees, plus assessments by their supervisors and co-workers. Employees who saw themselves as having more self-control said they made more sacrifices at work and felt more burdened. Their supervisors and co-workers, while agreeing that high self-control employees made more sacrifices, did not feel these sacrifices were a burden.

A final study examined online surveys completed by 139 couples to test whether the same perceptions held true for close personal relationships, and what the consequences might be. Partners with higher self-control reported being relied upon more, and to the extent they felt more relied upon, they reported being more fatigued and less satisfied in their relationship.

“In our personal lives, high self-control spouses may take on more and more of the domestic responsibilities over time,” Koval said. “The burden of this extra work may go relatively unnoticed by their partners, who may assume they can handle it and even thrive on it.”

Fitzsimons said it’s desirable to depend on others, and to let others depend on you, in both personal and professional relationships.

“Productive work requires being reliable, and being open to relying on others,” Fitzsimons said. “What our research suggests is that when people look at whom they should rely on, they get it right: they rely on the people who can help them, those people with good self-control who can overcome temptations and push through even when they are tired.”

“But they aren’t seeing the potential costs for those people,” Fitzsimons added. “Our research showed that high self-control people feel more burdened by helping others in the workplace, and if you want to keep these high self-control employees, you want to make them feel good, and appreciated.”

Fitzsimons and Koval were part of a group including Michelle vanDellen of the University of Georgia and Krista Ranby of the University of Colorado Denver. Their findings, “The Burden of Responsibility: Interpersonal Costs of High Self-Control,” were published online recently in the Journal of Personality and Social Psychology.  One of the studies was funded by the Social Sciences and Humanities Research Council of Canada.

For years, our young people have followed a...