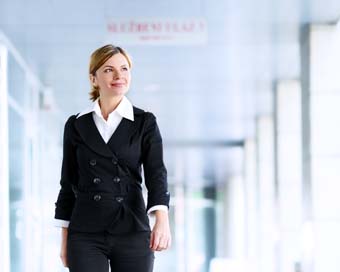 Women who wear provocative clothing at work are more likely to be seen as incompetent than those that dress more conservatively by other females, finds research from the University of Hertfordshire.

Participants, consisting of UK female students and employed females, viewed images of women who were given job titles of either senior manager or receptionist and who were wearing clothing in slightly different ways (more or less provocatively) and rated each picture on a number of items, based on their first impression.

Researchers found that only women with the higher status (senior manager) as opposed to low status (receptionist) were the ones who were judged harsher in the provocative clothing.

The range of clothing choices available to women compared to men, presents women with the challenge of balancing attractiveness and professionalism at work and this study investigated how minor manipulations in women’s work clothing, for example shorter skirts and lower buttoned blouses, affect how they are judged in the workplace.

Karen Pine, lead researcher said: “Women who even subtly sexualise their work attire may be detrimentally affecting the way they are perceived by other females. We manipulated very small changes in how clothing is worn and so our findings have clear implications for working women about how their appearance is perceived by other women.”

The study, entitled ‘Unbuttoned: The interaction between provocativeness of female work attire and occupational status’ has been published by Springer. Read it in full here.