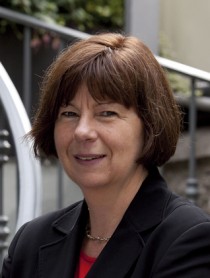 The Minister for Business and Employment, Ged Nash TD, has announced a range of changes to the rules governing Microfinance Ireland to allow more entrepreneurs and micro-enterprises avail of its loans.

A review of Microfinance Ireland (MFI) has been published by the Department of Jobs, Enterprise and Innovation today.  MFI provides loans of up to €25,000 to businesses who employ 10 people or less and who are not able to access credit from traditional sources like banks.

Some of the findings from the review include:

·        In its first two years of operations, MFI received 729 applications for loans, supported 743 jobs in 333 micro-enterprises and approved loans valued at more than €5 million

·        The average loan size was €15,400 and the average size of the company assisted is three or less employees

·        The relationship with Local Enterprise Offices (LEOs) to deliver loans to their clients has worked very well, and should be deepened

·        However, given the improved economic conditions, the original ambition of supporting 7,700 jobs and lending €90 million over ten years is feasible

Minister Nash said, “The vast majority, more than 90%, of our businesses are micro-enterprises employing more than a quarter of the workforce engaged in the private sector.  Yet, they face much greater difficulty in accessing loans from banks.  Microfinance Ireland has had some success in assisting such micro businesses get access to credit, but I believe that by making some changes they will be able to help many more.”

On foot of the review, Minister Nash will introduce a new Scheme aimed at improving access to MFI loans by:

·        Removing the requirement for micro-enterprises to have a bank refusal before applying for an MFI loan, and

In addition, MFI will:

·        Develop a renewed and expanded marketing and communications strategy

Geraldine Kelly (pictured), Chairman of Microfinance Ireland, said, “We very much welcome the new measures announced by Minister Nash as we believe more and more micro businesses will be given a chance as a result.  In the last six months alone, we have increased our lending by 52%, reflecting the improving economy, and we anticipate greater demand for our services in the months ahead.  Microfinance Ireland is now providing funding to over 511 small businesses throughout the country, 76% of which are outside of Dublin.  This funding is supporting 1121 jobs and we plan to bring that number to 2,000 jobs by the end of 2015.”

The Review of Microfinance Ireland 2015 can be accessed via www.djei.ie

The deadline for this year’s Digital Boost...