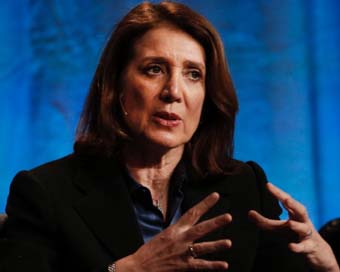 Google has appointed Ruth Porat as its new Chief Financial Officer, starting in May 2015. The current CFO at Morgan Stanley, a major US banking institution, will replace Patrick Pichette, who is retiring.

Porat has worked at the firm for 28 years and is one of the most senior female executive’s in New York’s Wall Street. She became CFO five years ago and helped bring about the bank’s recovery after the recession. During her time at Morgan Stanley, she also advised the US Treasury Department on the rescue of AIG.

According to Bloomberg journalist Michael J Moore: “Porat’s move to Google also reflects the growing allure of Silicon Valley for professionals who once viewed a Wall Street investment-banking job as the pinnacle of success. More graduates are flocking to hot startups and established technology companies, while shunning financial-services firms blamed by some for the credit crisis a half-decade ago. ”

Porat is a California native and is no stranger to tech firms as she led Morgan Stanley’s tech banking franchise during the Internet boom.

Katharine Viner has been appointed the...

Loretta E. Lynch, the former US attorney for...