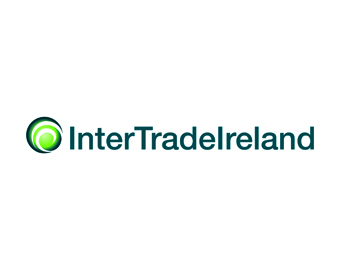 According to the InterTradeIreland Business Monitor for Q4 2014, 85% of firms are either stable or growing. Profitability remained stable this quarter with 58% reporting to have stayed in the black over the last 12 months.

However the number of firms that have stabilised rose from 43% to 48% with a drop in the number of businesses experiencing growth from 45% to 37%.

Cross-border traders, exporters and innovating firms are more likely to be growing, increasing sales and employment.  It was also revealed that firms in Ireland are now faring substantially better than their counterparts in Northern Ireland with 42% of firms in Ireland experiencing growth in Q4 compared to 29% of businesses in NI.

Despite the prevalence of stability rather than growth in most sectors in Q4, it seems that the retail and leisure industries enjoyed a strong final quarter of last year, outperforming both manufacturing and business services. The construction sector continues to struggle with the number of firms in the industry that are ‘surviving at all cost’ rising significantly from 3% to 21% in one quarter.

Analysis by jurisdiction shows that businesses in Ireland (52%) are more likely to have a positive outlook for sales compared to those in Northern Ireland (44%).

Sales performance in the last three months of 2014 was not as buoyant as previous quarters, dropping slightly from 44% in Q3 to 39% of firms in Q4 reporting an increase in sales. Employment levels also reduced slightly in Q4 from 12% to 10%. However the long-term trend of fewer firms cutting jobs continues to be encouraging.

Figures also indicated a shift in the key challenges faced by businesses with the most significant issues reported to be cashflow and late payments. The cost of energy is now affecting two-thirds fewer businesses than the start of 2014, most likely reflecting the dip in global energy prices over recent months. 72% of firms will be increasing investment in their business over the coming year with marketing (37%), I.T. (28%), and staff training (24%) citied as the top three areas of investment.

Commenting on the Q4 Business Monitor, Aidan Gough, Strategy and Policy Director at InterTradeIreland said: “Despite an uncertain international environment it is reassuring that so many businesses across the island find themselves in a position of relative stability or growth.”

Have you found yourself waiting in a meeting...

The Power of Confidence

Have you ever caught yourself in a moment...