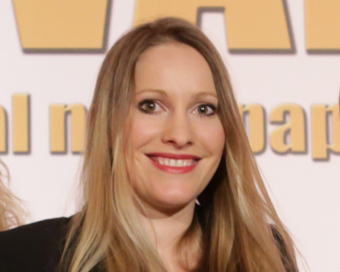 Laura Bates, the founder of the Everyday Sexism project, was awarded the inaugural Georgina Henry Women in Journalism Award for Innovation at the Press Awards for 2014. The event happened at London’s Marriott Grosvenor Square hotel on March 10th.

She established the project to highlight how prevalent sexism is and to create a catalogue of women’s experiences. These are shared on the website and are updated on a daily basis, only proving her point. Laura has also written a book of the same name, which was published last year.

The judges said: “The winner has already proven herself as a serious innovator. As the founder of a site that spotlights sexism prevalent in everyday society, she provides a platform to shine a light on an uncomfortable truth.”

The other nominees for the award were the GroundTruth Project’s Middle East correspondent Lauren Bohn, reporter and blogger Iram Ramzan, and freelance journalist and Daily Mirror columnist Ros Wynne-Jones.

Women in Journalism launched the annual prize in honour of Georgina Henry, the former deputy editor of the Guardian and one of the founders of the campaigning group – a networking and campaigning body for women working in print media.

Kristine Belson has been appointed president...

Katharine Viner has been appointed the...