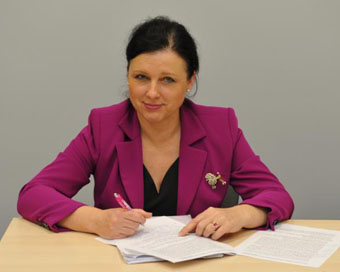 The European Commission is launching the third edition of the EU Prize for Women Innovators to reward three women who have achieved outstanding innovations and brought them to market.

The prize aims to raise awareness of the need for more female entrepreneurs and to inspire other women to follow in their footsteps. The first prize is worth €100 000, the second prize €50 000 and third prize €30 000.

“Gender equality is not only a moral imperative but it also makes economic sense”, said Věra Jourová (pictured), European Commissioner for Justice, Consumers and Gender Equality. “Diversity is good for innovation and entrepreneurship, because it brings new talent and fresh ideas. The EU Prize for Women Innovators showcases female talent and can encourage other women to pursue careers in science and entrepreneurship where women are still underrepresented.”

The contest is open to all women who have founded or co-founded their company and who have at some point of their careers benefitted from EU’s research and innovation funding. Contestants will be able to submit their applications until 20 October 2015. A high-level jury will evaluate and select the three winners who will be announced in 2016.

With less than two weeks to go until the...

The Rubicon Centre, a business innovation...