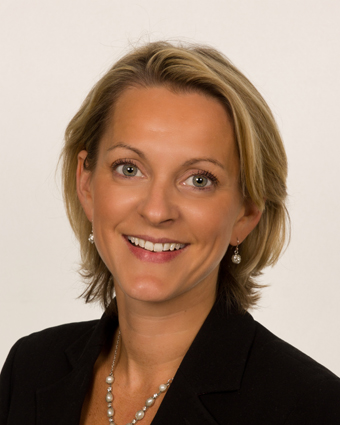 Today, Barclays Bank Ireland announced the appointment of Sasha Wiggins as its new Chief Executive Officer.  She will be responsible for the ongoing growth and development of the Bank in Ireland, including its corporate, investment banking and wealth management businesses.

Sasha, who most recently served as Managing Director within the Barclays Wealth & Investment Management division in London, where she headed up the Bank’s Charities and Professionals businesses, will be based in Dublin and will take up her position with immediate effect. She joined Barclays in 2002, having previously worked in stockbroking.

With over 20 years of investment experience, Sasha is a Chartered Wealth Manager and is a Fellow of the Chartered Institute for Securities & Investment. She succeeds Andrew Hastings as CEO of Barclays Bank Ireland, who announced his departure in September 2014.

“I am honoured and very excited to take up the position of Chief Executive Officer at Barclays Bank Ireland and I look forward to working with the existing team as we focus on growing Barclays’ corporate banking and wealth management businesses in Ireland,” said Sasha.