Fears: Face Them Now And Flourish 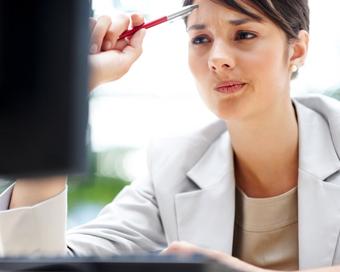 Fears. We all have them. Fear of the unknown, change, prejudice, failure, and sometimes fear of success. The fear of not fitting in, the fear of not being fairly recognised – these fears impact both men and women.

However, study after study shows that there are some gender-specific concerns which are directly shaping the talent profile in our organisations. How can women become more fearless and what role should leaders play in developing fear-free cultures in which their female talent can flourish?

“Well, she’s very ambitious!” You may have heard that line before. Either through indirect feedback about yourself, or a passing comment about one of your female colleagues. And while such comments can be interpreted in a positive light, the fear of being perceived as too ambitious is deterring women from really leaning in. Perception is just one of the challenges female talent worry about; that and how personal decisions will impact their long term career progression.

It’s not just anecdotal. The research adds to the growing evidence that existing conditions do not address female concerns in the workplace:

– Opportunity Now’s Project 28-40: 81% of surveyed women feared that children would harm their career.

– London Business School’s 2014 survey: 70% of women feared taking a career break because of the potential negative impact it would have on their careers.

– Glassdoor’s 2014 survey: 78% of women feared asking about maternity packages at interview stage to avoid risking the chance of receiving a job offer.

How can we expect women’s careers to flourish when these and other fears constrain, if not paralyse, us from moving forward? For us to really “lean in” as encouraged by Sheryl Sandberg, these genuine concerns and fears need to be addressed both by the individual and organisations.

Our perception of fear determines how we approach it. The writer Karen Thompson Walker, in 2012 TED Talk, challenges us to look at fear through a different lens. Rather than see our fears as weaknesses, we should see them as unintentional stories with characters, plots, imagery and suspense. Looking at fear from this angle pushes us to think about the future, and more specifically our individual future, in a new light. The “productive paranoia” which results from fear, has been the success factor for a number of entrepreneurs and some of our greatest visionaries.

So rather than feel suffocated by fear and some of its false constructs, we should feel excited about the opportunity to embrace it and use it as a catalyst for self-development and change. Fear pushes us to become the authors of our own story.

In theory this sounds great, but in reality is it easier said than done?

Me, my fear, my success

Look around at those who inspire you, your mentor, your sponsor and others who are successful. What do they all have in common? At some point, they will each have had to face at least some of their fears to achieve their goal.

The inspirational snowboarder Amy Purdy, having lost both legs after an accident, eloquently shared the necessity of fear; “Facing our fears head-on allows us to live beyond our limits.” We can’t realise our true potential by staying within the constraints of our comfort zone. We must face our fears by pushing ourselves to give that presentation despite the nerves we get when asked to present to large groups, by taking on that international secondment even though we are comfortable in our home cities, and by asking the controversial questions and challenging our leaders even if we speaking up doesn’t come naturally. By being fearless, we can regain charge of our careers and positively influence the careers of our colleagues and the next generation of female talent.

It seems obvious – of course we need to challenge ourselves. We have all the right intentions when we set our goals; yet we’re two months into 2015 and how many of us who used the New Year as an opportunity to set new goals, despite the initial determination and commitment to our resolutions, are already slipping back to old habits? We have prioritised other activities, given excuses for our waning commitment, and breathed an inward sigh of relief having escaped an opportunity to face our fear.

By vocalising our commitment to our new goals, we can develop the necessary support network to help us on our journey. We must also celebrate success when we make progress, and most importantly, share our stories (including when we stumbled along the way) to encourage others on their journeys. Committing to overcoming our fears is just the first step, doing something about it and sticking to our plan is how we will realise the positive impact.

While there is a clear case for pushing ourselves to face our fears, it is critical to prepare ourselves for failure. This is by no means to allow for excuses, but to be resilient enough to bounce back and march on if we struggle the first few times with addressing our fears. Inevitably we will struggle on the way, and for this very reason, some of us don’t burden ourselves with resolutions or goal-setting in the first place. Why set oneself up for failure?

However, as author Paul Sweeney wrote, “true success is overcoming the fear of being unsuccessful”. The fear of failure is perhaps the most common and arguably the most destructive when it comes to our careers and business. Women who fear that when they get to the top of their organisations others will realise they are not as good as those already there, opt out of the workforce and miss out on the chance to face that fear head on and realise that it is most likely a false construct.

Not just me – it’s about us

Commitment by individuals is required, but critical to the success of a more gender-balanced workforce, is commitment by organisations. The aforementioned survey results are a manifestation of the cultures that persist in a number of organisations. Business leaders have a responsibility to develop organisations in which fear is absent, and both men and women can make key life decisions without the fear of negatively impacting their careers.

For those who decide to take a career break to move to the other side of the world and open themselves to new challenges, they should be supported by their leaders in their self-development. For women who are perceived to be ambitious, leaders should support them by proactively addressing the unconscious bias across their organisations, so that female talent can progress their careers without the fear of being labelled. We all need to face our fears to be successful and demonstrate the impact we are capable of having, and our workplaces need to be conducive to the challenge.

Marian Williamson, spiritual activist, author and founder of The Peace Alliance, captures the message succinctly: “Our deepest fear is not that we are weak. Our deepest fear is that we are powerful beyond measure. It is our light, not our darkness that most frightens us. We ask ourselves, who am I to be brilliant, gorgeous, talented, fabulous? Actually, who are you not to be? You are a child of God. Your playing small does not serve the world.”

Have you found yourself waiting in a meeting...

Whether you need advice on funding,...

The Real Risks and Trade-offs...

I have always stood ﬁrm that setting your...

As you advance in your career, you may find...