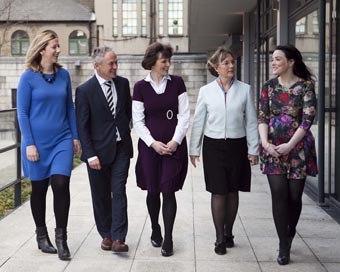 The Minister for Jobs, Enterprise and Innovation Richard Bruton TD announced yesterday that 1,500 jobs will be created over the next three years by 102 High Potential Start-Up (HPSU) companies supported by the Department of Jobs through Enterprise Ireland.

The Minister was speaking at an event to announce details of the new start-up businesses to which Enterprise Ireland directly committed investment and supported in 2014. These new start-ups are across a wide range of business sectors including software and services, medical devices and pharmaceuticals, cleantech, engineering, food and consumer products.

Some of the results of the Enterprise Ireland High Potential Start Ups programme 2014 included:

– 16 spin-out companies from higher education institutions were supported in 2014. These businesses are built on publicly-funded research to become new HPSUs;

– 12 new food and drinks start-ups, the highest number ever. A feature of these projects is the high number of female promoters involved, and their wide regional spread.

Minister Bruton said: “The companies supported by Enterprise Ireland under its High Potential Start-Ups programme and Competitive Start Funds are key to our plans. These are the new ambitious promoters that will go on to become part of the growing number of internationally trading Irish companies that each year are increasing Irish exports and creating new Irish jobs – with some ultimately developing into the large employer Irish multinationals of the future. ”

The 2015 David Manley Awards ceremony was...