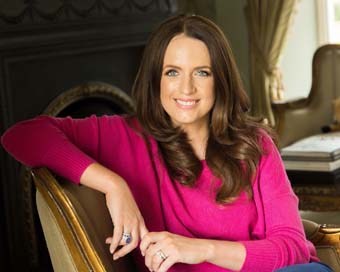 If you know the name Ramona Nicholas it may well be from RTE’s television series Dragons’ Den, in which she features as the ‘female Dragon’, the only woman on a panel of five business people who analyse and sometimes invest in entrepreneurs based on their studio pitch. Part of what makes it often good television is Ramona’s no nonsense approach.

“I’m actually horrified, I’m completely and utterly dumbfounded”, she said during a pitch for investment in a furniture product ‘designed to grow with your child’. “Do you seriously think that someone is going to pay €380 for a crib, that first of all doesn’t rock, and is of basic enough standard?”, she continued incredulously, before dropping her head in frustration and disgust as the crib pitchers tried to justify their price point.

Ramona Nicholas is the co-founder and MD of Cara Pharmacy which has 13 pharmacies throughout the north west of the country and offers both pharmacy and retail services. The group, which Ramona established with her now husband Canice when she was only 23, also has two Cara Home stores and an online store.

Part of the considerable success in the growth of the Cara brand is due to Ramona’s shrewd strategy to diversify the business into the retail sector, securing products like the luxury makeup range Benefit, which previously had only been associated with high end departments stores. This means that, crucially, the company is not solely dependent on the government – which controls and regulates the pharmaceutical industry – for its revenues.

Predictably for a high-powered woman in a room full of testosterone, Ramona is often classed by the media as “feisty” and has even been subjected to name-calling! Who could imagine such treatment being visited on any of her male counterparts? And also perhaps predictably, nothing could be further from the truth. Ramona is softly spoken with a strong Northern Irish accent, a leftover from her formative years spent in Tyrone. Her speech is peppered with ‘likes’, not in the modern American West Coast sense, but in the mode of a down-to-earth Northern Ireland lass.

On her genesis as a pharmacist she says, “When I was 11 and people would ask me what do you want to do and I would say Pharmacy, [my parents] would be like, ‘Oh my God!’, because you know, coming from the country it sounded so posh! So if I had said I was going to be a Chemist [as opposed to a Pharmacist] it would’ve been alright. There’s no science background in the family at all, my father’s a plumber and my mother’s a teacher.”

Ramona began Cara 14 years ago. As her 11 year old aspirations would attest to, she is very determined. Couple that with an unwavering focus and it seems quite reasonable that she should have realised her much earlier seeded ambitions. Having met Canice when she was 16, and he 19, they started going out three years later. By the time she finished her Pharmacy degree in Queens University Belfast, she was ready to fulfil her goal of having her own shop by the age of 25. When she saw a new premises she knew it was the right fit for Cara. And nothing was going to stop her.

“As I always say, it was probably the most reckless decision I ever made in my life! I think there was a no fear factor when we were younger, and I should’ve been losing sleep when I was 23 because we had to go to the banks and get €13 million and I did not lose any sleep. All I wanted was a challenge! I look back and I think, what under God was I thinking?”

Ramona says her life has changed considerably – particularly in the last two years. This can be attributed, in part, to being in the public eye through her role in Dragons’ Den. However, another element in her transformation, and the fact that she has gravitated towards a more spiritual outlook, is very personal.

“I had a scare back in 2012 and you know that brought out the spirituality in me more than anything else…I had a lump in my breast which I thought was breast cancer. But it was just five days of you know, you’re looking to the man above saying ‘please God, keep me safe’. And it’s fine, it’s fine. And you know [the thoughts of] me not seeing my son growing up and graduating, all these thoughts were running through my head for five days and it was just a weird time…I’d be spiritual from the point of view of the idea that…you create your own future, that type of spirituality.”

Ramona knows who she is, sets her sights high and keeps her standards there as well. “While I’ve cop on and a certain flare for things I’m certainly not the most intelligent person in the world. I think that hard work has got a lot to do with where you and your company goes. If you’re not willing to put in those hours forget it. You can take any risk you want, but the risk has to come with a huge amount of hard work. And for me in my ten commandments of success, hard work’s the first one”. The high expectations she places on herself in her work, run right through her life.

Ramona speaks of the “constant guilt”, she feels as a mother being away from her five-year-old son Alex and how she still feels regret at returning to work mere days after he was born. “…It was nearly like I had a point to prove that I was a woman in business and I was going back to work and you know just because the men have [no] paternity leave, that I could do that too. I feel I missed out on that particular time of his life.”

She applies the same focus to her future plans for Cara, which she hopes will become a national brand and be available to every consumer in Ireland. She speaks with genuine emotion and characteristic self-scrutiny, about her win at the recent WMB Conference & Awards 2014 at which she was honoured with the WMB Female Entrepreneur Award 2014. “I was actually sick that day, with nerves. I was running to the toilet every five minutes coming up to the awards ceremony. With the people I was up against, you still consider yourself way, way, lower than everybody else, but that’s just the perfectionist in me.”

This article was originally published in the Winter 2014 issue of WMB Magazine. If you would like to nominate someone or yourself for the WMB Female Entrepreneur Award, click here>>

Designer Helen James has been well known on...